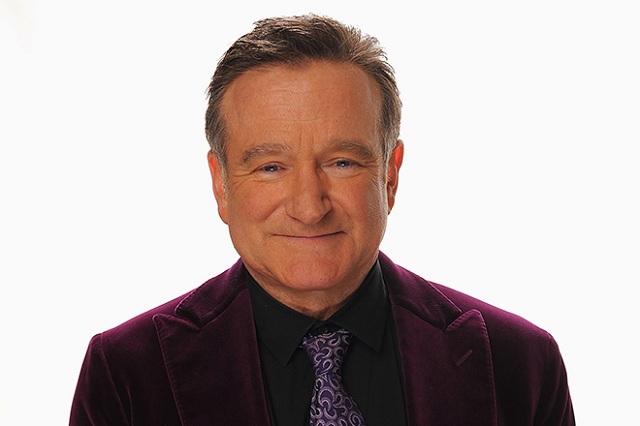 RIP Robin Williams! You will be missed!

Robin Williams will forever and always be our hero– he’ll always be Peter. His influence is immeasurable.

“The moon, like a testicle, hangs low in the sky…” 1st Robin Williams bit I ever saw. He changed the course of comedy & my life with it. — Chris Hardwick (@nerdist) August 11, 2014

Without #Robin Williams there wouldn’t have been a Comedy scene in San Francisco, Robin paved the way. He was the best of all of us

Robin Williams, love you for being so wonderful to me and Richard Pryor way back in the day. Richie loved you. — Pam Grier (@PamGrier) August 11, 2014

I met this sweet, generous & brilliant man Robin Williams in 1991. Here we are with HIS idol Jonathan Winters. #RIP pic.twitter.com/ZI4QV5QyuL

I can’t believe the news about Robin Williams. He gave so much to so many people. I’m heartbroken. — Ellen DeGeneres (@TheEllenShow) August 11, 2014

Robin was as sweet a man as he was funny. If you’re sad, please tell someone.

He made us laugh. He made us cry. He ended up touching every element of the human spirit. #RIPRobinWilliams pic.twitter.com/kbEq7OwPOf — The White House (@WhiteHouse) August 12, 2014

I am deeply saddened. He was a lovely man who would keep everyone laughing even if he wasn’t feeling good himself. RIP Robin Williams.

Robin Williams could not have been kinder or more generous when I worked with him in Flubber. My heart goes out to his family.

Robin Williams was like no other ..To watch him create on the spot was a privilege to behold.. Robin you are an angel now !!! REST IN PEACE — Henry Winkler (@hwinkler4real) August 11, 2014

The only time I met Robin Williams, I got to tell him how much I loved ‘World’s Greatest Dad’. Do see that one. One of his many great roles.

We mourn the loss of our friend Robin Williams, who always made us laugh and smile. pic.twitter.com/UOY8LTjVRA — Sesame Street (@sesamestreet) August 11, 2014

I could not be more stunned by the loss of Robin Williams, mensch, great talent, acting partner, genuine soul.

Absolutely stunned to hear the news about Robin Williams. It’s unimaginable to me that we’ve lost such a genuinely funny and sweet man. — Conan O’Brien (@ConanOBrien) August 12, 2014