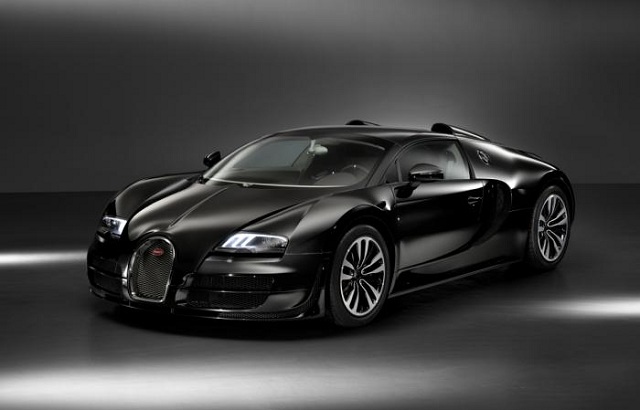 Sounds like a race is on. After Texas-based performance car builder Hennessey boasted its new hypercar, the Venom F5, would target and “reach” 290 mph and break the Guinness World record for top speed held by Bugatti Veyron Super Sport, the French are planning an answer too.

The Veyron’s successor, the unveiling of which is confirmed for late 2015 or early 2016 (delivery by 2017), will hit 286 mph, says Autocar in a report, citing sources from Bugatti. Seems like exciting times are coming up for petrolheads. Nothing like watching an established marque take on a small but exclusive and, we dare say, powerful car builder, who knows a thing or two about squeezing the most out of an engine. Both are serious players in the speed business and sparks will fly, rubber will burn, and pockets will burn—of the buyers that is. Then again, the clientele of Bugatti or Hennessey are not the ones who would worry about splurging a few millions on what would be the fastest car around.

While the Venom F5 will use an uprated version of the engine of its predecessor, the Venom GT, the new Veyron will also be derived from the old champ, which holds the top speed record at 267.86 mph. Bugatti’s new baby will use an uprated version of the Veyron’s W16 8.0-liter engine, which will work alongside an electric motor for a combined output of 1,500 PS (1,103 kW) plus. That’s a lot of power!  It will be sent to the wheels through a multi-clutch four-wheel drive system and a dual-clutch seven-speed automatic gearbox.

Besides a few tweaks here and there, a direct-injection system will replace Veyron’s multi-point system, to make the W16 engine Euro 6 compliant with less emissions and more fuel economy. The presence of the disc-shaped electric engine within the gearbox housing, coupled with a lithium-ion battery, will make the new Veyron greener, while torque will be electronically-limited at 1,100 lb-ft (1,490 Nm) keeping the gearbox reliable.

The design will more-or-less mirror the Veyron Super Sport, with probably a few tweaks here and there to add downforce. Bugatti has already started preparing the assembly line in Molsheim, France, for the new model, and plan to limit production to 450 cars. Exclusivity wise, that won’t beat the Hennessey, which is planning just 30 Venom F5s, also slotted for release around the same time as the new Bugatti.

But, beyond the release dates and exclusivity tags, what we all are looking forward to is the race for the record between these two beauties. Can’t wait, seriously!