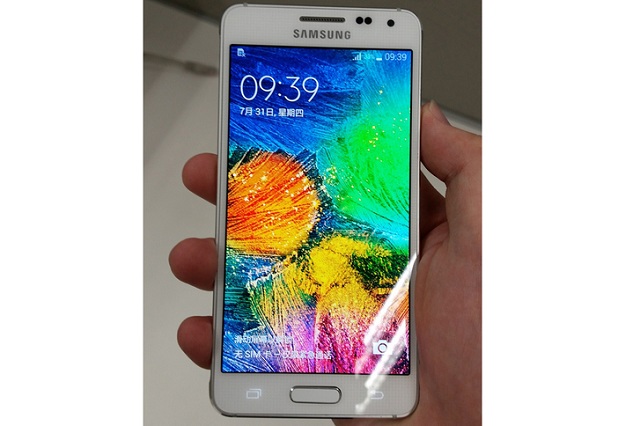 It looks like the Samsung Galaxy Alpha, said to be the South Korean company’s answer to the upcoming Apple iPhone 6, will be available sometime in the near future. A UK retailer accidentally made the handset available for pre-order. The pre-order page was removed soon after, but not before someone could take a screenshot of it. And now we have got the device’s specs and price.

The Samsung Galaxy Alpha has been rumored to have a metal outer rim. According to the details from the page, the device will have a metallic design, and the following will be its specs: 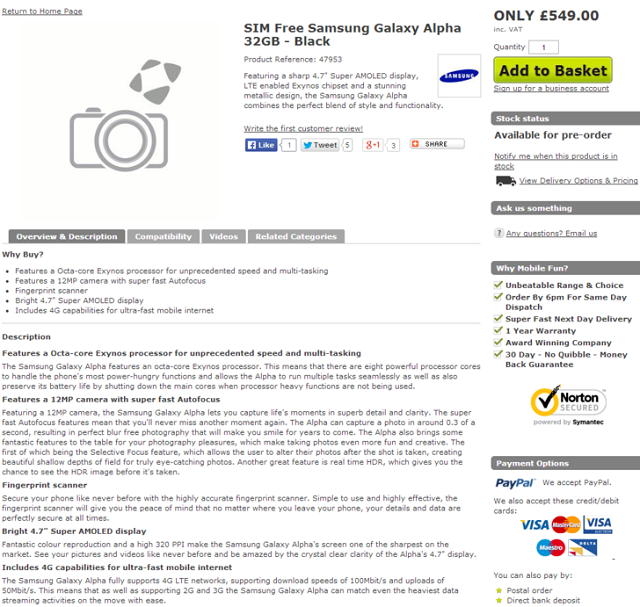 The handset boasts Samsung’s octa-core Exynos 5433 processor. The processor earlier beat the Snapdragon 805 on AnTuTu. The device will also come with a heart rate sensor and fingerprint scanner, and it has a price tag of £549. The device has been rumored to be released on the 13th of August.