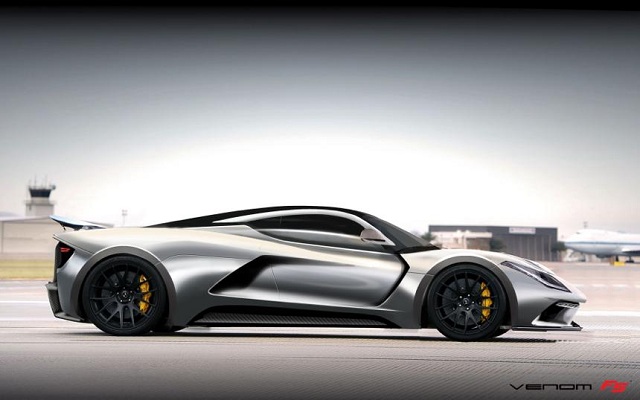 Hennessey has big plans for their Venom F5. The Texas based tuner and specialty marque builder is eyeing the Guinness top speed world record currently held by Bugatti Veyron Super Sport at 267.86mph. However, the details provided by Hennessey about the Venom F5 points at something far larger than life than the 268mph Bugatti. The blokes from Texas are eyeing 290mph. That’s 466.71 km/h. Heehaw!

Small, or rather, exclusive they may be, but Hennessey still is a big player in the speed business. These fellas know their way around engines and know how to squeeze the last bit out of a motor. A Hennessey-tuned Fort GT had hit 235mph while its first hypercar, the Venom GT, packing 1,244bhp, reached 270.49mph on NASA’s Kennedy Space Center runway earlier this year. That edged out the Bugatti but it was not considered a record as official records involve two runs with the final speed being the average of the two. The standard Venom GT eases into 230mph without as much as vibrating.

The point is that, considering the track record, when Hennessey talks about 290, in all likelihood, we can and should assume that they are not just dreaming.

The Hennessey Venom F5 is evolved from the 270 mph Venom GT but will have a more aerodynamic body, which, according to Hennessey, will reduce the drag coefficient from 0.44 to below 0.40. The F5 will be able to produce additional downforce thanks to a rear diffuser, retractable rear wing and a specifically designed underbody.

Let’s take a look at the powertrain, which is also derived from the 1,244 bhp (928 kW) GT. The F5 will be powered by an uprated variant of the V8 7.0-liter twin-turbo engine from GT. Hennessey engineers have increased the size of the turbochargers, upgraded the intercooler and fuel system, and claim they will be able to produce more than 1,400 bhp (1,044 kW) from the engine. With that much of power to push a car that would not weigh more than 1,300 kg (2,866 lbs), thanks to extensive use of carbon fiber and aluminum, one can imagine it leaving us in its wake already.

To add more potential for acceleration, the Venom F5 engine will be coupled with a newly developed single-clutch paddle-shift gearbox which will be lighter than the regular H-pattern manual gearbox. It comes with a traction control system too, which will be GPS controlled! 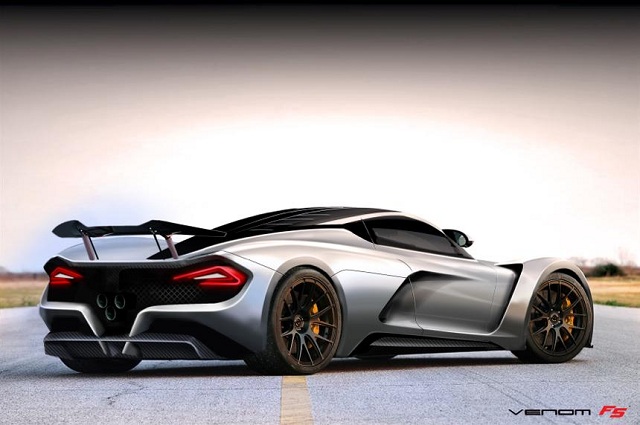 The Venom F5 is scheduled to be revealed (fully) in 2015, with deliveries starting by the end of 2016. Hennessey will start production after it rolls out the final Venom GT—16 GTs have been built so far out of a total production target of 29 cars. Venom GT is priced at $1.2 million. Any guesses what the price of Venom F5 would be? We will give you a clue. It will be costlier than the GT! The question is by how many thousands!