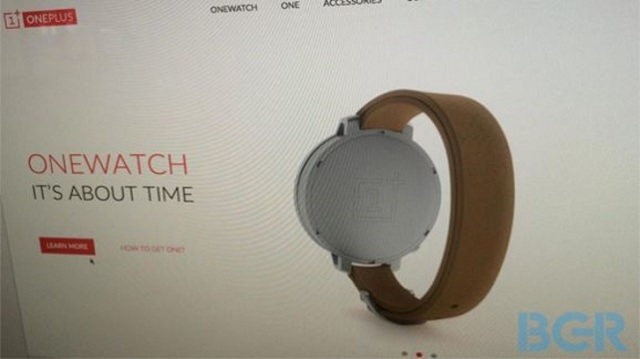 Impressed by the OnePlus One smartphone? Then maybe you will also be interested in the OneWatch, a smartwatch reportedly being planned to be released by OnePlus.

Just in case you missed some tech news earlier, Chinese manufacturer OnePlus announced their OnePlus One with specs such as a 5.5-inch 1080p display, a Snapdragon 801 processor and 3GB RAM, and the device has an affordable price tag. Now it looks like the company is getting ready to come out with an Android Wear device that could also be priced decently.

The OnePlus OneWatch, which might become official sometime in the near future, is said to have a round face, similar to the Moto 360, a sapphire OLED screen, titanium trim, and a leather strap which will have a curved, wireless-chargeable battery built-into it.

But there are no hints about whether buying will be restricted to those that get invitations like the company’s smartphone. We will be digging in to find more about this upcoming device, so stay tuned to Mobilemag for updates.