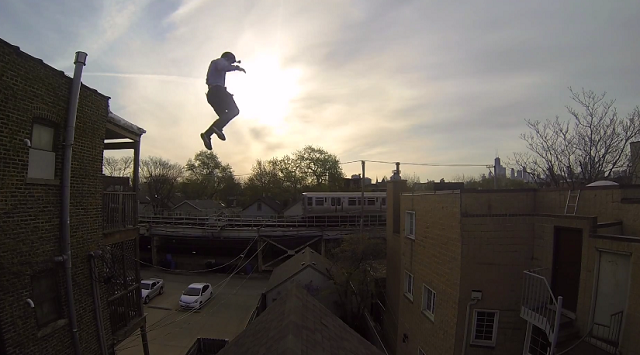 If you have a GoPro camera, you probably have attempted some bizarre stunts just for fun and for the thrill of seeing a few thousands of clicks on YouTube. But you most likely have never done something similar to what Ethan Swanson is doing in the video below, unless you are a professional stuntman like him.

The daredevil in Swanson one day decided to jump off of a building, slide down a steep roof and then land on the stairs. The video seems to be appropriately named as “Epic Roof Jump”. Check it out and leave your thoughts in the comments below. And you probably better leave insane stunts to the pros or, in the usual words, don’t do this at home.