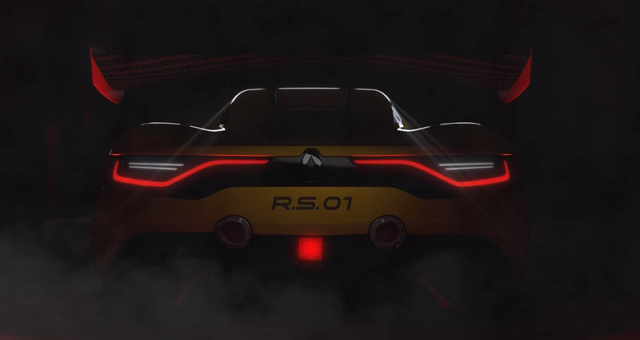 Renault, or rather Renaultsport, has released images of its new racecar again. The teaser, in the form of a video, reveals the name of the new car as R.S. 01.

The French manufacturer has described the car, set to be unveiled on August 27 at the Moscow Motor Show, as “simply spectacular”. The R.S. 01 will “become the next star in the World Series by Renault Championship.” The series will have a brand new category to accommodate the new model.

The car will be powered by a Nismo engine that is capable of producing 500 bhp (373 kW) through a 7-speed sequential gearbox by Sadev. It will run on race-ready Michelin tires.