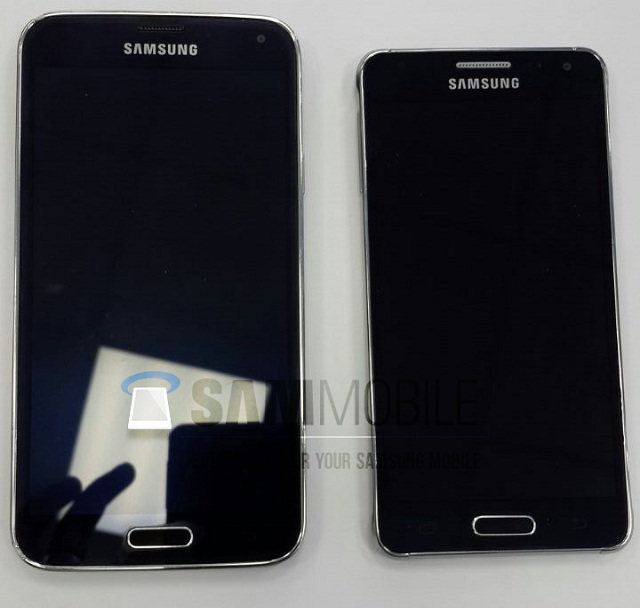 Earlier, Xiaomi took a big step to get ahead of Samsung by unveiling their Mi 4 smartphone which comes with a stainless steel frame. But now it appears like Samsung has similar plans too. What you see above is said to be an upcoming smartphone from the South Korean company. And, as you can see, it seems like they have finally used metal on their device.

Many believe that this upcoming phone is meant to go against the Apple iPhone. Why? Let’s take a look at the device’s rumored features.

First of all, from the looks of things, the handset will be metallic. But it has aluminum only at the sides, and features the perforated faux-leather back cover like the Galaxy S5. So you will have a better grip on the device, but the looks might not impress you fully. 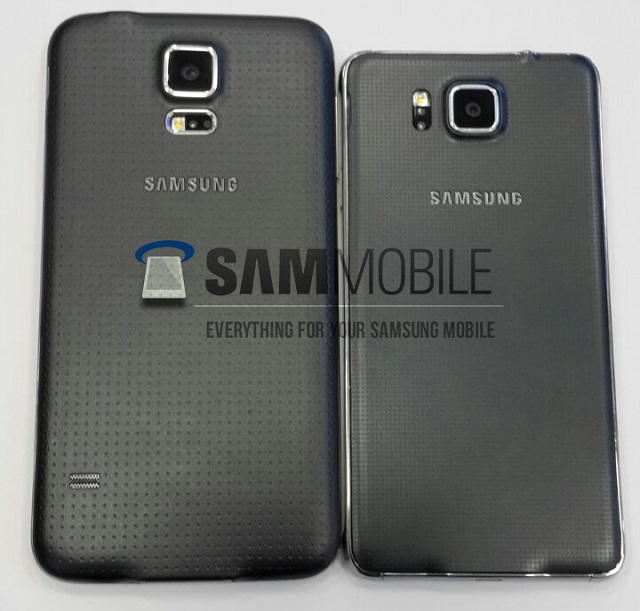 Rumored specs of the Samsung Galaxy Alpha include a 4.7-inch display (expected to be the screen size of one of the upcoming iPhones), which is said to be similar to the S III. So they might have planned 720p resolution. Storage will reportedly be fixed at 32 GB, with no microSD card slot like an iPhone. Other features rumored include a fingerprint scanner, a nano SIM card slot, and LTE support (new Exynos ModAP chip), but no hints about processor or RAM.

Those features certainly remind us of an iPhone, and maybe Samsung is preparing for the launch of the next-gen iDevice. But the Galaxy Alpha can only be placed in between the S5 and S5 Mini when it comes to specs. The device could be a limited edition handset, as we are hearing that Samsung could face problems producing the device in large numbers.

The Samsung Galaxy Alpha might get unveiled next month, while we will probably have to wait till September to take a peek at the iPhone 6.