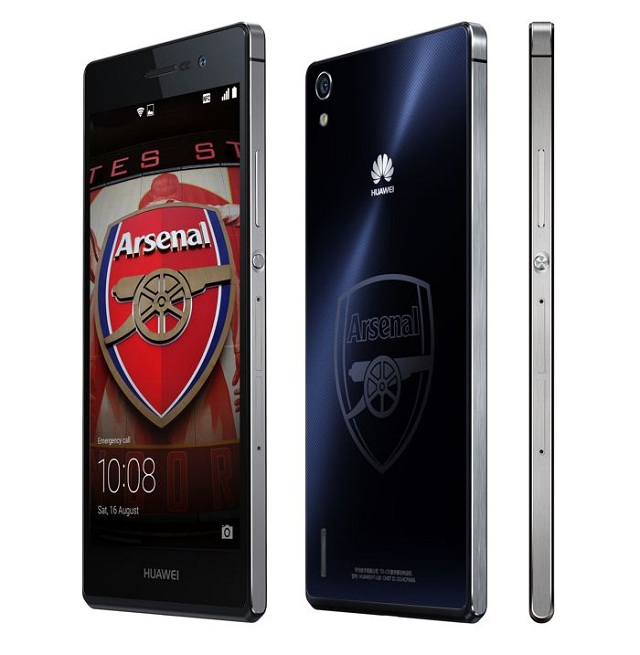 Huawei announced earlier this year about their partnership with UK football club Arsenal, and now the Chinese company has revealed a special edition Ascend P7 which is targeted at the club’s fans.

The Huawei Ascend P7 Arsenal Edition is coming with the Arsenal logo on its rear cover, some Arsenal-based themes and menus, and there’s even a clock widget based on the Arsenal Clock End. It will also come with FIFA 14 preloaded, alongside BBC news, sport and iPlayer Radio.

So, who all want to play with the Arsenal branded Ascend P7? Shout out in the comments below.