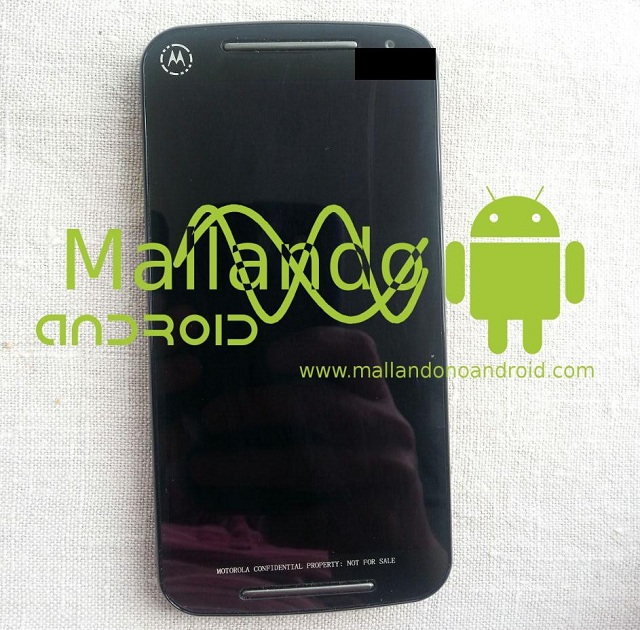 The Moto G has been a big success for Motorola. It’s one of the best Android handsets available unlocked for a price under $200. So, it’s certainly great news to hear that the company is working on a successor to the device.

The leaked image above is supposed to be showing the upcoming Moto G2 which will reportedly come with a 1280×720 display like it’s predecessor, but it may or may not be a 4.5-inch screen. It certainly has a sleek and premium look. Of course you might be interested in 1080p and QHD screens at the moment, but the Moto G2 will be appealing to you if it also comes with a lower resolution screen as we are hearing that it will also be cheaper.

The handset is said to come equipped with a quad-core ARM V7 (VFPv4 NEON) processor, an Adreno 305 graphics processor, an 8MP rear camera, and will be dual-sim. But no hints about RAM, internal storage, battery size, or whether there will be a card slot or not.

What made the Moto G special was its price tag of $179 and the Moto G2 is expected to cost even less, at around $100. The device might launch late in the 2014 holiday season or next year.

So, who all want to play with the new Moto G2? Share your thoughts in the comments below.