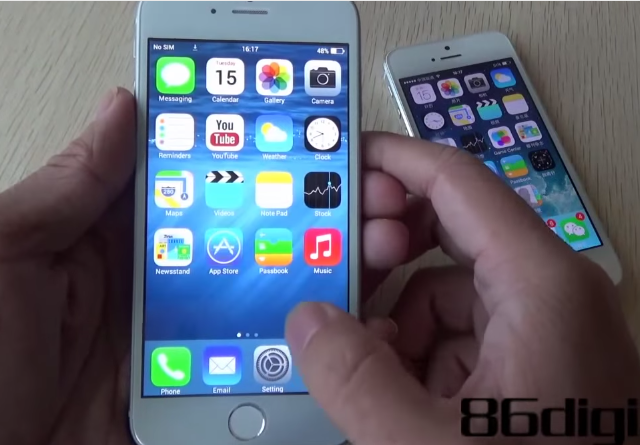 The Apple iPhone 6 hasn’t been announced yet and we don’t even know whether it will be called by that name. But a lot of clones of Apple’s next-gen device have already arrived which are based on leaks and mockups of the iPhone 6. The latest clone to be introduced is the WICO i6.

The WICO i6 comes to us from Goophone, the manufacturer which earlier came up with a very close copy of the iPhone 5s. And their latest product features a casing and an iOS-themed Android skin good enough to probably fool most people out there. Check out the handset in the video below.

About Apple’s iPhone 6, a new rumor is suggesting that the 4.7 inch iPhone 6′s mass production will begin in the coming week, while the 5.5 inch version will hit the assembly line in the second week of August.