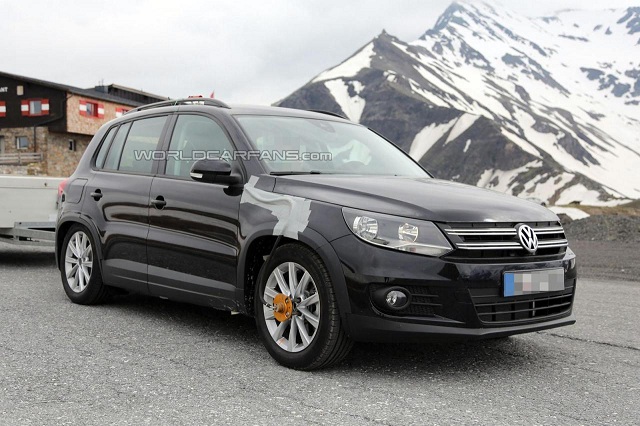 Volkswagen are apparently working on developing two versions—a five and seven-passenger variant—of the Tiguan. The five-seater is scheduled to debut at the 2015 Frankfurt Motor Show, according to reports, while the longer wheel-base model will come out a few months later, probably early 2016 in Detroit.

Autocar, in its report, also claims the second generation Tiguan will be based on the tried-and-tested VW MQB platform. The compact SUV (five-seater), will have a standard wheelbase and will be almost the same length as the current generation Tiguan (2605mm). The second Tiguan model (longer wheel-base) will have more rear legroom and an extra third row of seats.

The future Tiguans are expected to be powered by four-cylinder engines. Though there are no official confirmation or hints, in all likelihood we could see the following versions: A 1.4-liter TSI, a 1.6-liter TDI with 110 PS (81 kW) power output and a 2.0-liter TDI with 150-184 PS (110- 135 kW), and almost all options having a 4Motion all-wheel drive system. For attracting the ever-increasing green brigade, a petrol-electric plug-in hybrid is reportedly in the works too.