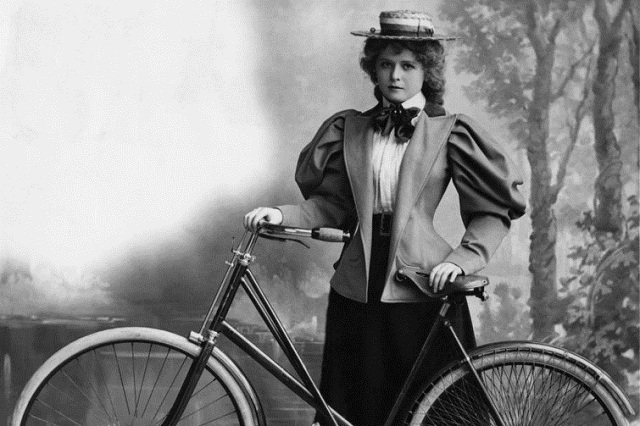 The difficulties women face while cycling have always been a topic of debate. But the problems a 21st century woman cyclist faces—no matter how sinister or bizarre those may be—are not even remotely weird compared to what the ladies of the 19th century faced.

While errant and rude motorists are the biggest enemies these days, the foe for the Victorian ladies was the friendly doctor. Yes, the ladies were warned not to get engaged in cycling by the medical practitioners of the time as they might develop “Bicycle Face”, a condition which occurs due to the specific physical exertion involved in cycling.

“Over-exertion, the upright position on the wheel, and the unconscious effort to maintain one’s balance tend to produce a wearied and exhausted ‘bicycle face’,” the Literary Digest wrote in 1895, before describing the unique condition and its symptoms. “Usually flushed, but sometimes pale, often with lips more or less drawn, and the beginning of dark shadows under the eyes, and always with an expression of weariness.”

The ‘time trial face’, or rather the grin we associate with pro cyclists in the Tour de France while they push themselves against the clock in time trial stages, was also a symptom of Bicycle Face, “characterized by a hard, clenched jaw and bulging eyes.”

It is clear what prompted the largely male dominated society to use the medical profession to try to discourage women from cycling, which was considered a symbol of a growing feminism moment at the time. Cycling was allowing women more freedom of movement that was making the dudes of the time insecure.

Read more on the Bicycle Face at Vox.