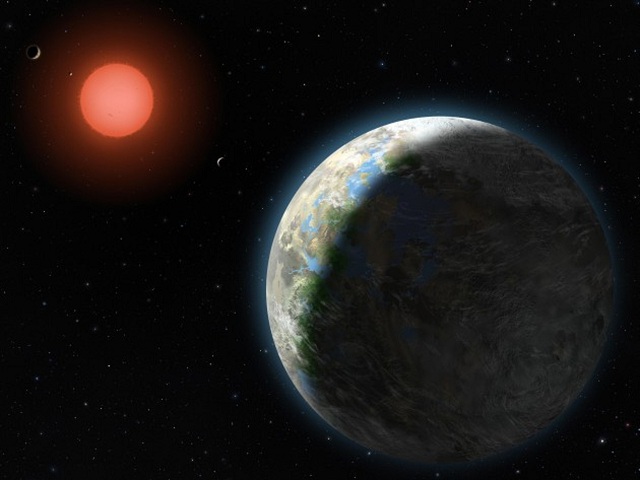 The universe is very vast and so it’s not at all surprising that scientists are finding more and more potentially habitable exoplanets out there. But everyone was very excited back in 2010 when Paul Butler of the Carnegie Institution for Science and Steven Vogt of the University of California announced the discovery of Gliese 581g orbiting Gliese 581, a dim red dwarf situated about 22 light-years away from our solar system. That planet was billed as “the first potentially habitable exoplanet”. But new research is suggesting that the planet might actually not exist.

That’s according to a paper in the journal Science. It’s lead author Paul Robertson of Penn State University in State College, Pennsylvania, said, “Gliese 581g doesn’t exist”. According to Robertson, Gliese 581d, another planet circling Gliese 581 which was revealed in 2009, also doesn’t exist.

As you might know, Butler and Vogt discovered Gliese 581g after they recognized subtle wobbles caused by the planet’s gravity tugging back and forth on Gliese 581 in a regular pattern. Those wobbles were measured by looking at the star’s spectrum.

Robertson and his team did find a pattern, but it is apparently created by the star itself. Robertson said, “There is a real, physical signal. It’s just that it’s coming from the star itself, not from the gravity of planets d and g.” Gliese 581’s starspots are apparently altering its spectrum, and that is what led Butler and Vogt to believe that there was a planet orbiting it.

However, they got stronger evidence for planets b, c, and e in the Gliese 581 system after they subtracted the starspot signal. But those planets are not habitable as they are too hot. But the search continues for the scientists to find potentially habitable exoplanets out there. Maybe sometime in the future, they will find the perfect planet which can be our second home.