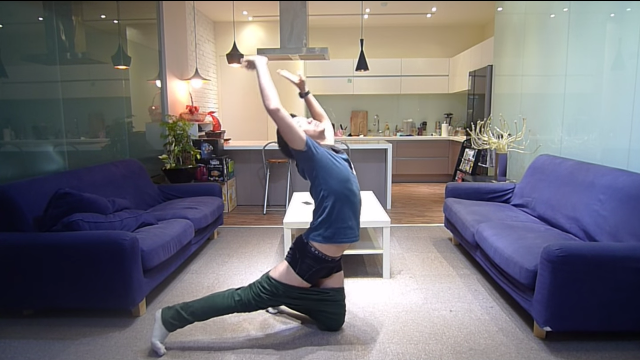 Everybody wants to do something special with their life. The guy you see in the above image is no different. While some others around him probably would have been thinking about making a lot of money or finding the best life partner, this guy had just one thing on his mind: to learn how to put on his pants without using his hands.

As you will see in the video below, the man is successfully putting on his pants without touching it with his hands. He is first seen doing a bit of warming up wearing just a t-shirt and an underwear (maybe later he will learn how to put that on without using his hands). He then uses leg and hip movements to pull up his pants. It’s an impressive feat and he certainly has practiced this a lot.

Have you understood the technique? Do you want to try it out?