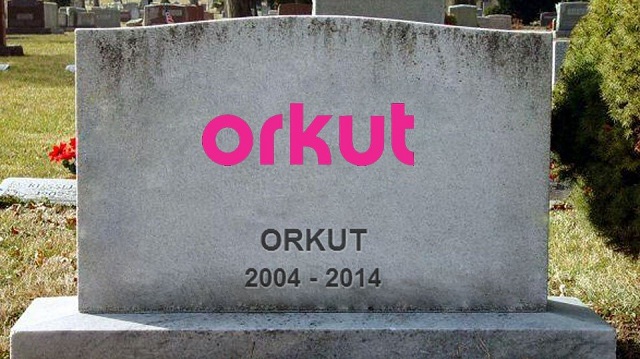 Remember these famous words by Dr. Seuss? Well, Google does and hence is all set to cut and forget Orkut from their lives, for the very reason that its revenue chart is making them cry. We will be bidding adieu to the social networking site soon.

The first generation Internet users from Brazil and India will surely remember putting their heart and souls to writing testimonials to impress their “then” love interests, bringing into existence the concept of “online stalking” and sending random friend requests to hundreds of hot-profile-pictured women/men out there. Well, September 30th, the day Orkut completes a decade of existence, will also be its day of exiting from all of Google’s platforms.

Paulo Golgher, an engineering director at Google said, “It’s been a great 10 years, and we apologize to those still actively using the service”. But really? Is anyone actively using Orkut still? Well, later today, the Orkut app will be removed from Google Play and the App Store but what comes as a relief to those very few remaining loyalists is that Google is allowing them to export their data using Google Takeout (available until Sept, 2016). Users can retrieve their stuff in the form of a ZIP file containing HTML files and JPEGs. For newcomers, the doors have been shut already.

On the day it closes, all the existing Orkut communities will be sent to Google’s online archive. Until then, current users, if any, can continue to use the site as usual.

Google plans to concentrate on YouTube, Blogger and Google+ in times to come. Google+ just turned three a few days ago. The site has picked up over half a billion users and it is still “growing tremendously”, according to CEO Larry Page. The site recently added a new photo editor, Auto-Awesome Effects and Google+ Stories.

Well, like they say, everything born has to die, in order to make room for the future. So, fret not dear Orkut, you will be fondly remembered as you held our hands and introduced us to the world of social networking.