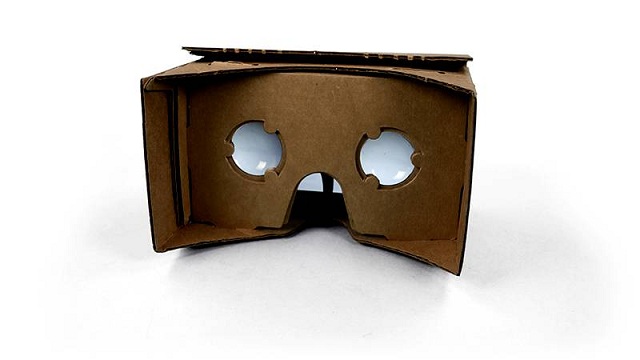 A lot of cool stuff have been unveiled at Google I/O 2014, and then the attendees received a cardboard package from the search giant. It turns out that it was a very basic virtual reality viewer that you can construct on your own.

The Google Cardboard is very inexpensive and can be easily constructed. But you will need a handset that fits into the front compartment. Supported devices include the Google Nexus 4 and 5, the Moto X, Samsung Galaxy S4 and S5, and the original Samsung Galaxy Nexus.

Your device will connect with the Cardboard via NFC. All you have to do then is open the Cardboard app, which is available on Play Store, and enjoy the VR adventure. At the moment, you will be treated with a VR take on some Google apps. You can fly around with Google Earth, enjoy a 3D street view and demos such as a 3D model exhibit, and the Windy Day animated story. You can even go to Versailles with your own tour guide and there are demo experiments to try via the Chrome browser.

Google has provided a developer SDK so we might hear about Cardboard or something similar in the future. Click here for assembly instructions if you are interested in making your own inexpensive VR headset.