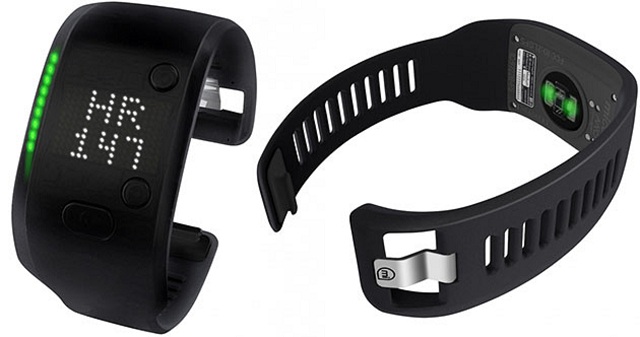 Adidas is reportedly going to release a new fitness tracker and it looks like the German sports goods manufacturer will be using the Google Fit platform that was unveiled at Google I/O.

According to rumors—based on leaks from FCC, LegalForce and retailer Keller Sports—Adidas is ready to launch miCoach Fit Smart, which, judging by product shots, looks like a cross between Nike’s FuelBand and the German company’s own product, the miCoach Smart Run. It will be having an LED dot display, which makes it look like rival FuelBand’s distant cousin. However, Fit Smart looks more like a watch than Nike’s band, which should appeal to some users. It is supposed to have a new quick-locking strap/band too. That should make it easy for users to get rid of it if they get too tired of reading through their vital signs—as though they’re in a perpetual, virtual hospital. Convenient indeed!

On a serious note, what is convenient for the users is the array of sensors behind the monitor of Fit Smart, which will measure the heart rate and other physical variables during workout and it uses Bluetooth 4.0 LE, or Bluetooth Smart, to communicate with the Android mobile device it is paired with. Fit Smart will feed data into Google’s open health platform, the Google Fit.

Adidas’s entry with the new product comes at a time when Nike is scaling back its research and presence in the fitness band market though they will be developing third-party apps to get FuelBand coupled with Google Fit. It’s a huge market out there, and with Google’s support through Google Fit, the potential is literally unlimited.

Google’s entry into the fitness game was perhaps done with the target of taking on Apple’s newly announced HealthKit, a fitness tracking service. Google Fit’s open APIs will make it easier for a user to analyze data from various health-tracking apps. Seamless data sharing will happen from monitoring devices like Fit Smart into Android devices, that will later be stored, analyzed and used by Google Fit.