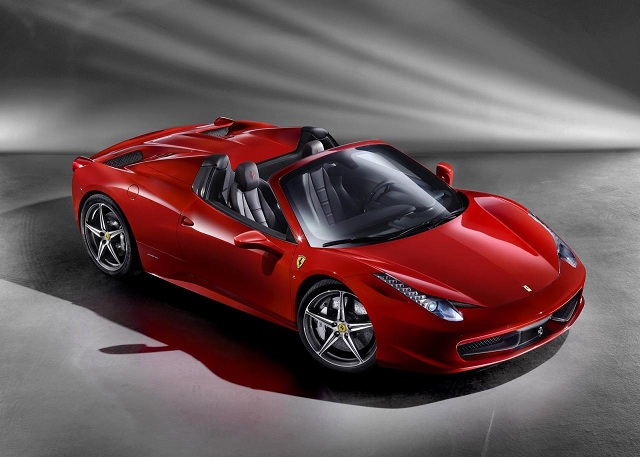 Guys, it is not an urban legend after all. Sources have revealed that Ferrari is working on bringing out the 458 Speciale Spider—the open-top version of the 458 Speciale coupe—and is likely to be revealed at the Paris Motor Show in October. Rumors are doing the rounds that certain showrooms have already started taking pre-orders, while the first delivery will happen in the second quarter of 2015.

4WheelsNews quoted inside sources from Maranello confirming Ferrari’s plans but details are yet to come out. In fact, no one is even sure what name Ferrari would give to its much-hyped model. The design will be identical to the coupe version, with some new color combos on the cards.

The 458 Speciale coupe covers the quarter mile in 10.7 seconds and hits 100 km/h (62 mph) in just 3.0 seconds, and 200 km/h (124 mph) in 9.1 seconds. Expect a little lower but similar G-Force churning numbers from the Speciale Spider. The new car is expected to use the same aluminum hardtop used on 458 Spider, and can be deployed in just 14 seconds.

Keep a lookout here for more details on the Ferrari 458 Speciale Spider as and when it comes out.