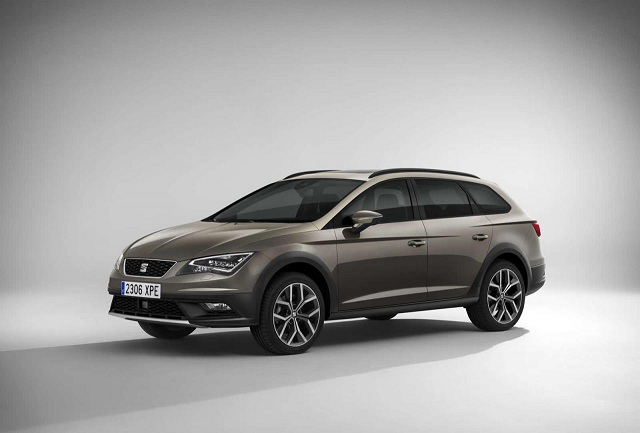 The Leon was SEAT’s attempt at finding a competitor for the Volkswagen Golf, though Golf is its half sibling since VW owns the Spanish Marque. The Spaniards did manage to bring out its “toughest” car (the third generation Leon released last year) based on the same MQB platform as the MkVII Golf and the Audi A3, to attract the budget conscious hatch buyer. But Leon, or its hatch-based estate/sports tourer, the Leon ST, was still considered a bit of a softy, compared to say the Ford Focus or Golf.

SEAT’s planning to change all that, and, as announced last year, has revealed a rugged version of the Leon ST, rather imaginatively named, “X-Perience”.

Now it remains to be seen as to how much of X-perience the new Leon would give its drivers, but a 15mm increase in ride height should take the Spanish hatch to places it had not gone previously. The Leon ST derivative has additional plastic body cladding for a rugged appearance while the front and rear aluminum underbody protection should ensure it keeps rolling on not-so-ideal driving surfaces. It also has black anodized roof rails and will run on 17- or 18-inch alloy wheels.

On the inside, there are some special badges and a large trunk (587 liter) that can be expanded to 1470 liters once the rear seats are folded down. That should be enough to pack the fishing gear… Oh yeah, skiing and skydiving gear too. The higher-end models will have brown leather and Alcantara upholstery, while the low-enders will have a fabric finish.

The SEAT Leon X-Perience will be unveiled in October at the Paris Motor Show.