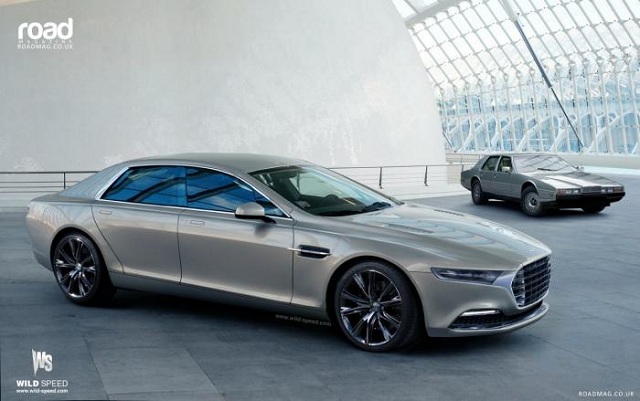 Q by Aston Martin is working on reviving the Lagonda marque by bringing out a flagship sedan, though there is no indication as to when the first car will roll out. An Aston Martin representative confirmed the news that the company is working on a coach built model, and CAR magazine says it will be introduced by the end of the year.

It is believed Aston Martin will bring back the Lagonda moniker in the sedan, and is planning to roll out just 100 units, making it an exclusive and luxurious toy to have.

The British company first considered relaunching Lagonda at the 2009 Geneva Motor Show, and displayed the controversial Lagonda SUV concept. Five years down the road, Aston Martin is finally ready to make a formal launch, insists CAR, but instead of a 4×4, it will be a sports saloon, built by its Q branch that handles personalization.

The new Lagonda is likely to use the 600bhp 5.9-litre V12, common among other Aston Martin models, but with an upgraded eight-speed transmission.