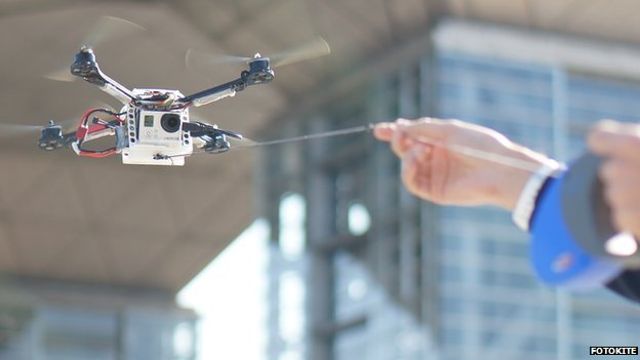 France is one of the best teams playing at the FIFA World Cup 2014 and they showed the world what they are capable of doing with their 3-0 victory over Honduras in Group E. Of course, rival teams should be looking at videos of the French team’s previous matches to look for their weaknesses and attack patterns. All the teams do that, but what we have not heard before is the usage of drones to spy on practice sessions of a team.

The French team reportedly noticed a drone moving above them while they were practicing at the World Cup training base. The team was upset because there was the possibility that the drone was being used to record their strategy and formations.

Didier Deschamps, French manager, said, “Apparently drones are used more and more. It’s not up to me. FIFA handles this and has been carrying out an inquiry; we don’t want any intrusion into our privacy. It’s very hard to fight this these days.”

FIFA apparently has not heard any reports regarding the matter. But according to a report from BFM TV, police have arrested the drone’s pilot and he could end up being charged for violating the training base’s airspace.

The suspect reportedly has said that he just wanted to watch the team’s practice session. And we believe it’s very unlikely that any team would attempt to spy on rival teams using drones. What do you think?