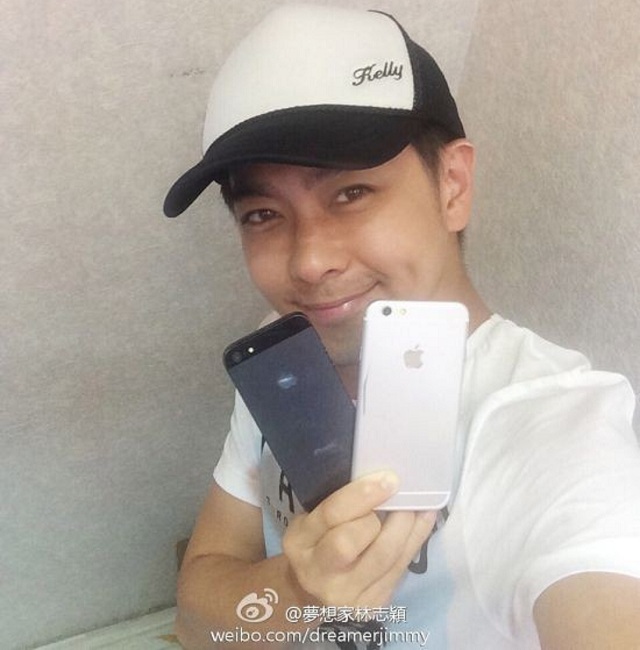 Earlier, we got a chance to take a peek at what was said to be Apple’s upcoming iPhone 6 via a leak by former Taiwanese pop star Jimmy Lin. And now we are hearing that the device Lin showed off is indeed an iPhone 6 Beta sample. That’s according to an Apple Hong Kong employee who has played with several such samples earlier.

But we knew that the leak made by Lin was special because, as we told you before, he was the one who leaked the Apple iPhone 5 and iPad Mini before those devices were unveiled. So the device that Lin is holding alongside the iPhone 5S in the image above should be quite similar in design to the final iPhone 6.

Meanwhile, sources from Hong Kong have reportedly revealed that the next-gen iPhone will come equipped with a 2K Quad HD screen. But we haven’t got any hints about whether that display is for the rumored 4.7-inch or 5.5-inch iPhone. We have heard rumors earlier which suggest that the 4.7-inch version of the iPhone 6 will sport a 960 x 1704 display.