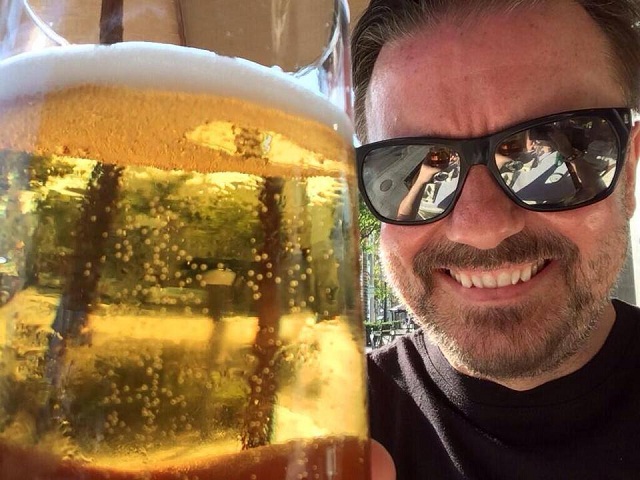 Ricky Gervais (@rickygervais), who is well known to be an atheist, had something to ask God (Twitter user @TheTweetOfGod) on Father’s Day and he got a good reply too. Then Twitter users were treated with some hilarious dialogues by him and Him. 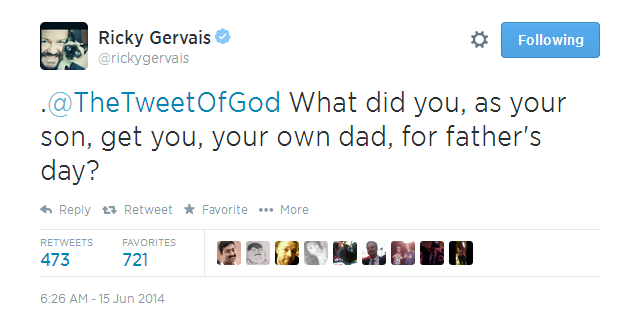 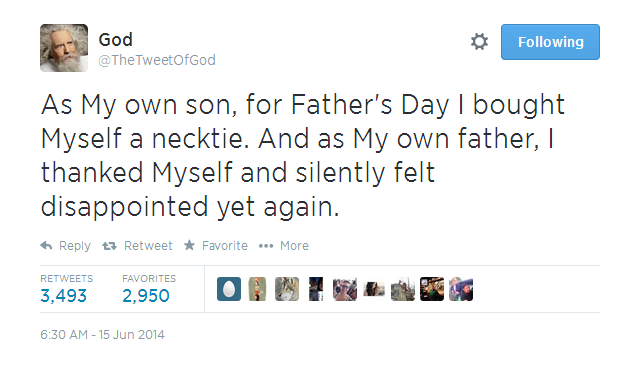 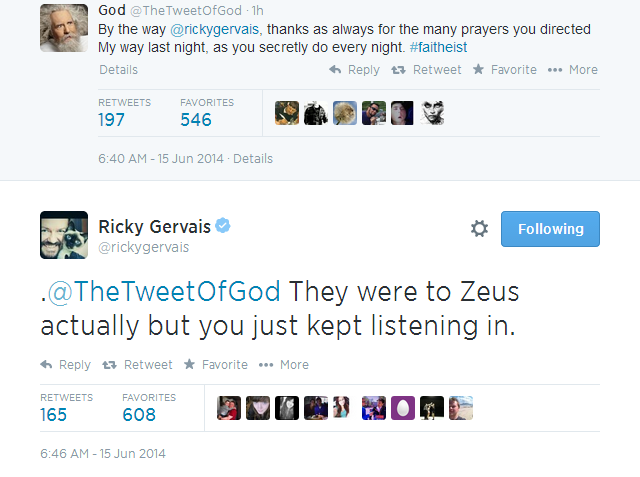 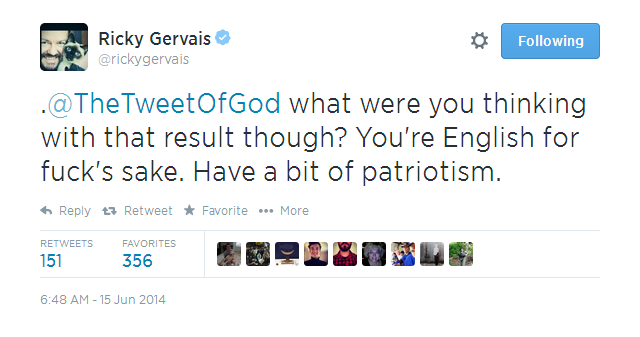 Just in case you didn’t get that, Gervais is talking about the FIFA World Cup match between Italy and England. 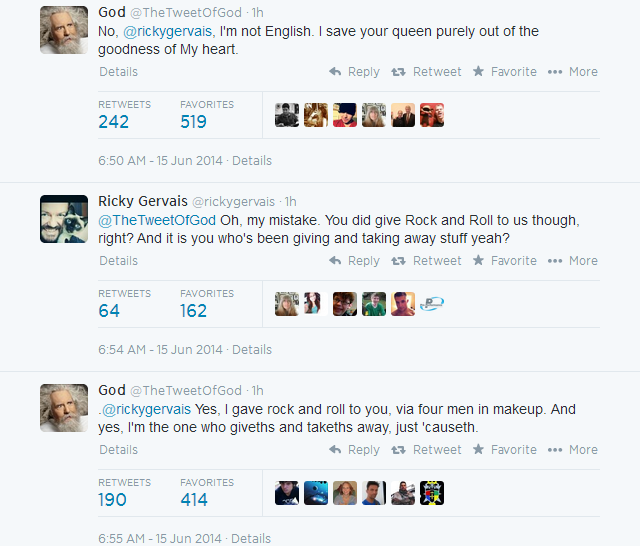 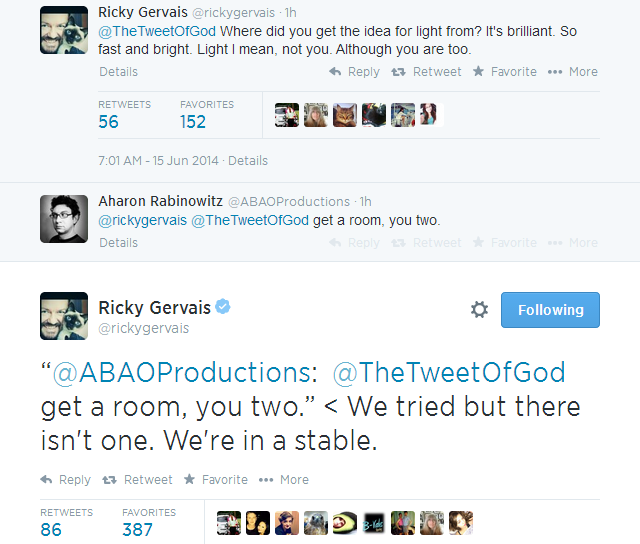 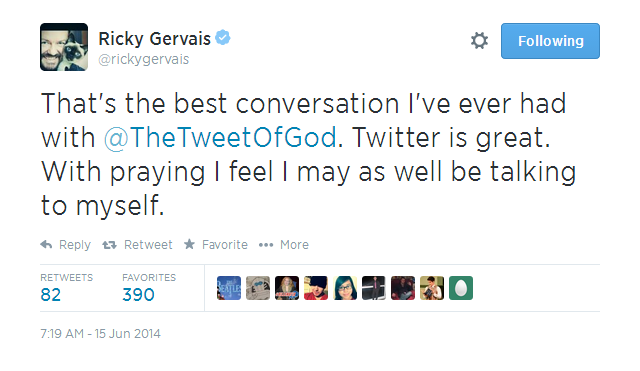 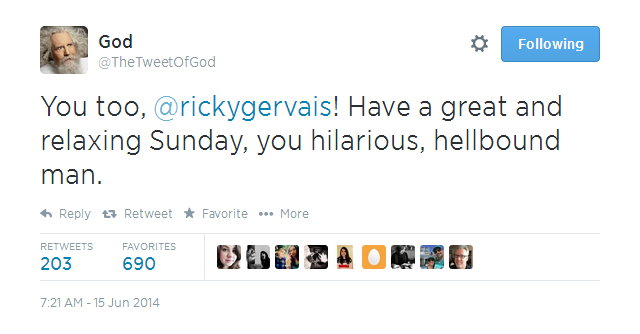 So, who won? Well, both were equally funny. Maybe you should be the judge. Share your thoughts in the comments below.