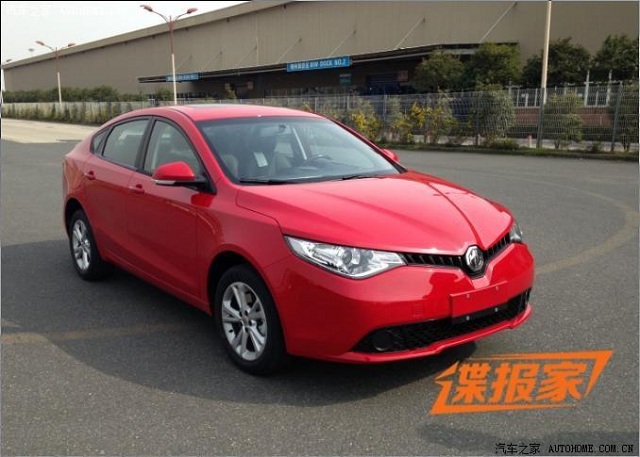 A pre-production version of the 2014 MG5 Sedan, which is scheduled for launch at the Chengdu Auto Show in September, was photographed during trial runs in China. From the snaps, it is hard not to notice the most obvious design element in the new car from the Chinese manufacturer—a high and visible backside!

It has a high-position trunk that might hamper visibility a wee bit. The haute rear end and taillights remind us of Mazda 6. There is an added touch—a red bar (light) connects both the taillights. Cool, but not mouthwatering enough!

The visible changes apart, there shouldn’t be any big surprises under the hood. It is likely to use the same platform as the MG5 hatchback and the Roewe 350 sedan. That means the variants will include a 1.5-liter, 109 bhp (81 kW) and a 1.5-liter 129 bhp (96 kW) turbo engines. The sedan will hit sales a month after its launch in Chengdu and the variants are likely to be priced between 120,000 and 150,000 yuan.