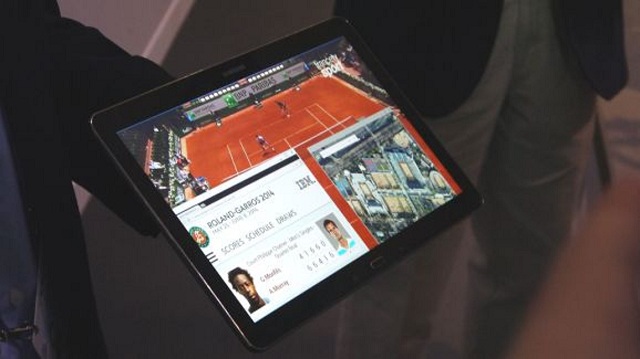 4K tablets are certainly going to be part of our future and big tech manufacturers, including Samsung, know it too. And probably companies are already perfecting their 4K tablets at the moment for launching them sometime in the future. So it’s not a surprise that some folks have got a chance to take a peek at the big, beautiful 12-inch prototype 4K tablet from Samsung that you see above.

The above slate, a reference device, was used during the French Open at Roland Garros as part of an LTE Broadcast demo and, as you can see, it features Samsung’s familiar design including the physical home button below that UltraHD screen. The device was reportedly receiving 720p video, and the user was also pulling up additional windows.

The device is said to be equipped with a Snapdragon 801 processor. Hopefully the 4K tablet meant for the consumers will boast the Snapdragon 805 chip. The newer chip comes with video upscaling (720p and 1080p videos will look much better) and HEVC. 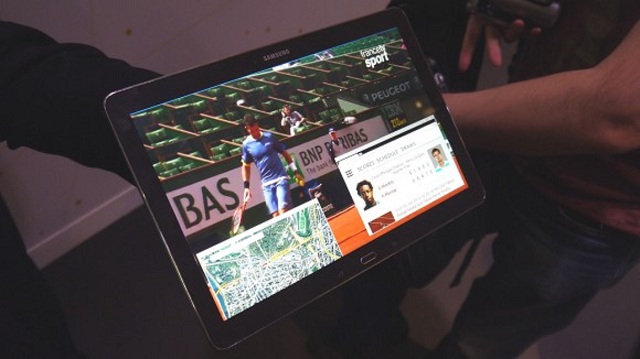 So, when will it reach your hands? We have heard that Samsung has plans to come out with 4K tablets before the end of 2014. Maybe the company has something 4K-related to show off at their tablet event happening on the 12th of June in New York.

Are you excited about 4K tablets? Share your comments below.