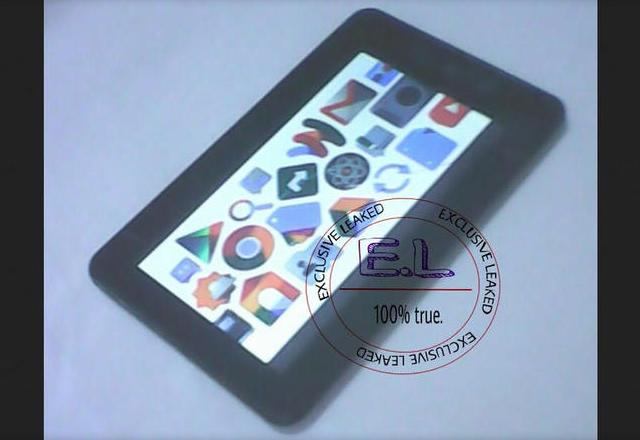 We have been hearing about Google’s Nexus 8 tablet, rumored to be built by HTC, for quite a while now. What you see above could be the much anticipated device.

The above image has been leaked by Chinese website Mydrivers.com and it is showing what is said to be the Nexus 8 wrapped up in an outer case. As you can see, what’s clearly visible is just the device’s screen which shows large icons. According to rumors, the Nexus 8 will come equipped with a Qualcomm 64-bit ARM processor (we have heard about Intel Moorefield 64-bit chip before) and 3GB of RAM. And the tablet is expected to run Android 4.5.

So when is it coming, you ask? We haven’t got any hints from Google, but their I/O 2014 conference is scheduled to begin on the 25th of June. Maybe that is where Google plans to introduce their new tablet. If it is indeed coming, it will be Google’s first 8-inch tablet. At the moment, the search giant offers the Nexus 7 and Nexus 10. An 8-inch Nexus tablet with a decent price tag will probably be a good answer to rivals such as Apple’s 7.9-inch iPad Mini.

Nothing has been confirmed so far though, but we will keep on digging to find more info. So, stay tuned for updates. In the meantime, you can place your thoughts in the comments below. Are you expecting an 8-inch Nexus tablet?