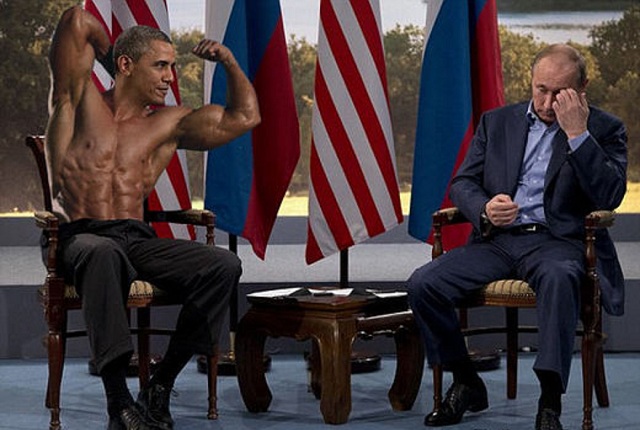 How does Barack Obama stay fit? No, the CIA hasn’t created any special formula to keep his fitness levels up. Like all the rest of us (except Chuck Norris), he also has to do stretches, plyometrics, jumping jacks and gym training. And it appears like the President has been busy with good training sessions lately.

The video below was taken during Mr. Obama’s gym session at the Warsaw Marriott Hotel. He was visiting Poland as part of his current tour of Europe. In the clip you will see the President, wearing a black tracksuit and dark T-shirt, doing weights and performing lunges while listening to music.

And this is not just a video showing the US president grimacing while exercising. It’s also a lesson. He is 52 years old and one of the busiest men on the planet, and he is finding time to keep his body in shape. What is your excuse for not working out today?

Check out the video and leave your thoughts below.