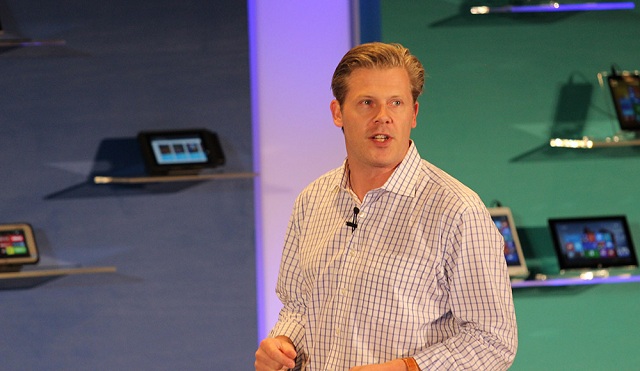 Apart from Windows Phone 8.1 phones from LG, Huawei, Lenovo, Samsung, and ZTE, we have also heard that a WP handset will also get launched by HTC. And now Microsoft has confirmed that they will be partnering with HTC again.

During a Microsoft press conference at Computex, Nick Parker, the company’s VP of OEM partners, said, “I’d love to break some news here if I could. But instead I’ll just say that Microsoft will continue to have a great relationship with HTC. New things are coming, so get excited”.

He was probably asking us to get excited about the rumored HTC W8. Everybody’s favorite leaker @evleaks has been giving us hints about the HTC W8 for a while now. The device will reportedly be launched as a Verizon exclusive sometime in Q3 and we will also see the arrival of HTC’s Boom Sound and Duo Cameras on the WP platform.

But we have also heard that the HTC W8 won’t be a Windows version of the One M8 but a Windows running variant of the HTC A9, an upcoming handset with mid-range specs. Microsoft hasn’t given out any details about the device though, so it could be anything.

Who all wants to see a Windows Phone handset from HTC? Share your thoughts in the comments below.