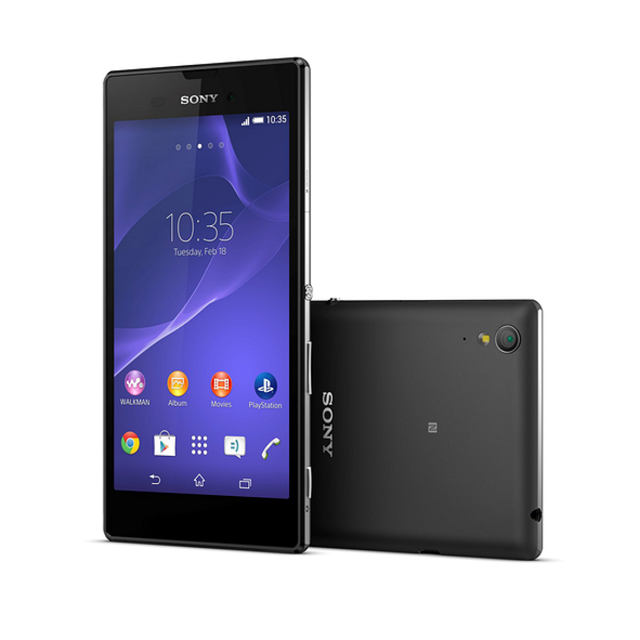 If going for massive smartphones is the way you roll but are unwilling to spend tons of cash on any device, maybe what you need is the newly unveiled Sony Xperia T3. The device comes equipped with a big display but features mid-range specs, which should keep the device within a comfortable price range.

Measuring only 7mm thick and weighing in at 148g, the Sony Xperia T3 comes with a 5.3-inch 1280×720 Triluminos IPS display (Bravia Engine 2) that surely won’t be as sharp as the screens on more expensive rivals. Inside its stainless steel frame (a matte coating on its back is expected) is a 1.4GHz quad-core Qualcomm Snapdragon processor, 1GB of RAM and 8GB of storage with microSD support (up to 32GB) and it runs Android 4.4 KitKat.

Other features include an 8MP Exmor RS camera with LED flash, a 1.1MP front-facing cam, Wi-Fi, Miracast, Bluetooth 4.0, NFC, and LTE connectivity. You will also get a 2,500mAh battery; its life reportedly can be extended all thanks to the device’s Stamina mode.

But we haven’t got any hints from Sony which suggests that the device is water resistant; it probably isn’t. That feature, as you might know, is what makes Sony’s popular smartphones more attractive.

The Xperia T3 will be launched around the world by the end of July in black, white, and violet colors. Sony is yet to announce its pricing details.