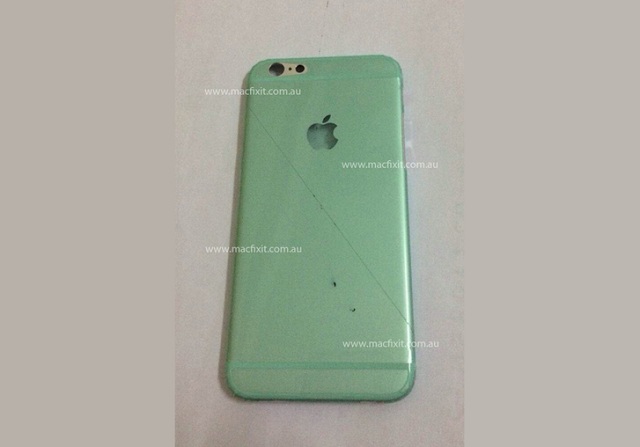 No matter what is being introduced by big manufacturers like Samsung, LG or HTC, hardcore Apple fans just want to see the arrival of the iPhone 6. But we are not expecting the next gen handset to be showed off until September. The company’s WWDC event, happening next week, should allow us to take a peek at iOS 8, but not the iPhone 6. But there are leaks happening regularly which should keep everyone engaged until the iPhone 6 becomes official eventually.

The new leak brings us an image, posted originally by Australian website MacFixit, which is said to be showing the rear chassis of the iPhone 6. The shell certainly supports previous leaks, but we are unable to tell how large the handset will be. As you might know, many are expecting Apple to release two new iPhones this year – one with a 4.7-inch display and a 5.5-inch device.

And looking at the image, the green plastic on the shell appears to be just a coating. What’s underneath seems to be either silver or gold.

Stay tuned for more updates about the upcoming iPhone 6. And don’t forget to leave your thoughts below. Are you waiting for Apple’s new iPhone?