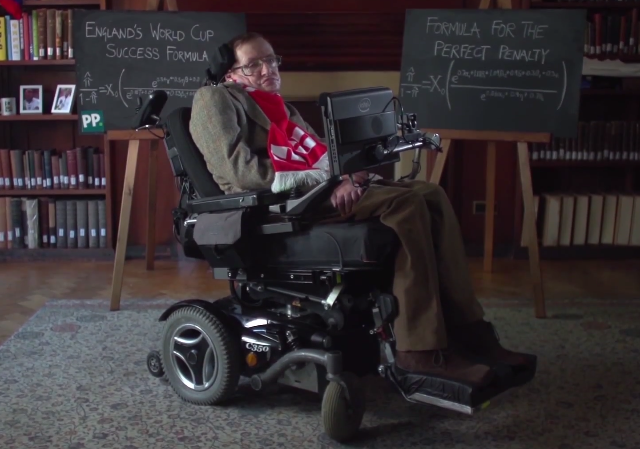 Millions of people are waiting anxiously for the 2014 FIFA World Cup to be kicked off. But who will be the world champions this time around? Of course, no one can tell. But if there is someone who can predict who the winner will be, it should be the genius you see above. According to Stephen Hawking, England, which last became champions back in 1966, will be the winning team. But the team will have to take Hawking’s advice seriously.

By using general logistic regression modeling, Hawking has come up with the best conditions which will lead to a World Cup victory for England. Hawking, who is “marginally more qualified to make predictions than Paul the Octopus”, is saying that the team should use a 4-3-3 formation, hope for a European referee and the kick-off should happen at 3:00.

Check out the video (an ad for Irish bookmaker Paddy Power) to know more about how an England victory is possible and leave your thoughts below. Which country are you supporting for this World Cup? Do you want England to win?