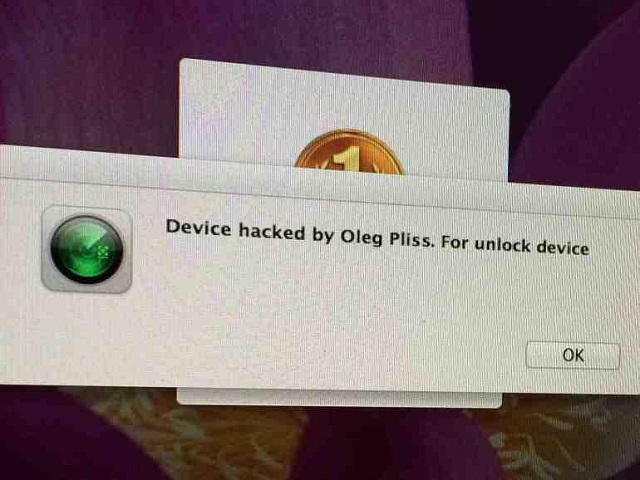 Apple users from Australia are complaining that their iPhones, iPads and Macs have been hijacked by hackers who are threatening to erase their data. The hackers are reportedly demanding $100 for allowing a user access to his/her devices again.

Several complaints have appeared on Apple’s Support forums regarding the attack; the users have reported that they have received a message which says that their device has been “hacked by Oleg Pliss”. The first complaint was from forum user Veritylikestea, whose iPad reportedly “locked itself”. The user also got a message on an iPhone which demanded him to send $100 to a PayPal account for regaining access to his devices. Meanwhile, many other users, mostly from Australia, got hit on multiple Apple devices simultaneously and they had to change their iCloud passwords. And we are also hearing the same problem from New Zealand.

User deskokat wrote: “iPad woke me at 4.30am with the message ‘Your device has been hacked by Oleg Pliss’ and sound — I thought it was the morning alarm. I then signed in to my powerbook — but as a guest user — VERY grateful I did. Message to say I’d been hacked there too, wouldn’t let me sign out without erasing all data for that user. As there was nothing but a couple of expendable files on there, I signed out. And the guest user portal has been erased.”

Apple is yet to comment on the issue, while Australian telcos Optus and Vodafone are recommending that the users should speak directly to Apple.

Are you one among the people who were attacked by the hackers? Share your comments in the box below.