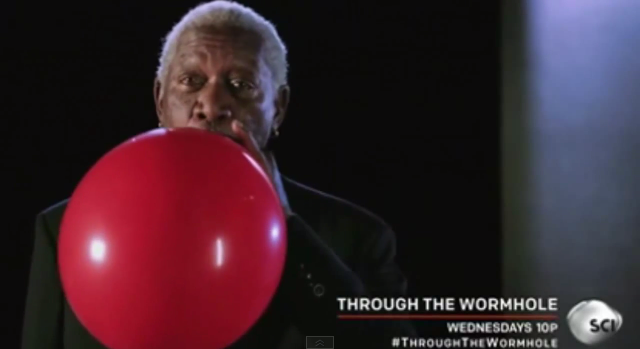 Morgan Freeman’s voice, as anyone who has seen his movies would agree, is capable of making even the most depressed or anxious people feel that everything will be alright. And that’s why he is one of the best actors who can play God.

But suck in a bit of Helium and everything changes. It appears like Morgan Freeman is also best suited to play Donald Duck. Check out the video below.

So, why does Helium make Morgan Freeman’s voice sound funny? It’s because sound waves travel through Helium faster because the gas is lighter than air. When you inhale Helium, the molecules of the gas will replace air in your vocal tract. This will result in the increase of the speed of the sound of your voice. Sucking in Helium will change the timbre and you get a Donald Duck-ish voice. Click here if you are interested in knowing more about this effect of Helium.

And what do you think about Morgan Freeman’s new voice? Share your thoughts in the comments below.