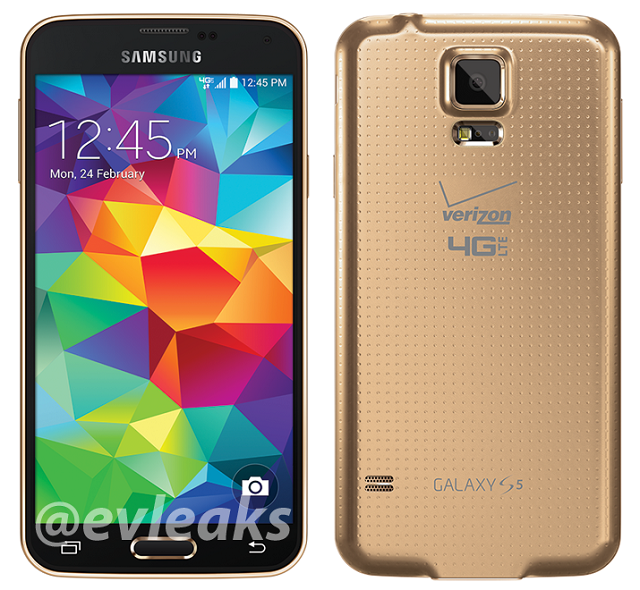 Everyone’s favorite leakster @evleaks has posted the above image of the gold Galaxy S5 which will be launched on Verizon’s network later this month.

The Verizon gold Galaxy S5 will have the carrier’s branding on the back instead of the Samsung logo (the Galaxy S5 branding you see there is also new). Other than that the device will be the same as the standard S5, coming equipped with a 5.1 inch full-HD display, a quad-core 2.5 GHz CPU, 2 GB of RAM, a 16 MP shooter and LTE connectivity. There is also IP67 certification (water resistance).

The device will arrive on Verizon’s network on May 30, but it will also be available from select indirect retailers. No info is currently available on pricing, but it should cost as much as all the other S5 color versions.

So, are you interested in getting the device? We guess you aren’t, because we are hearing more about the upcoming super flagships – the Samsung Galaxy S5 Prime and the HTC One M8 Prime. And you might also be interested in the LG G3. Share your thoughts in the comments below.