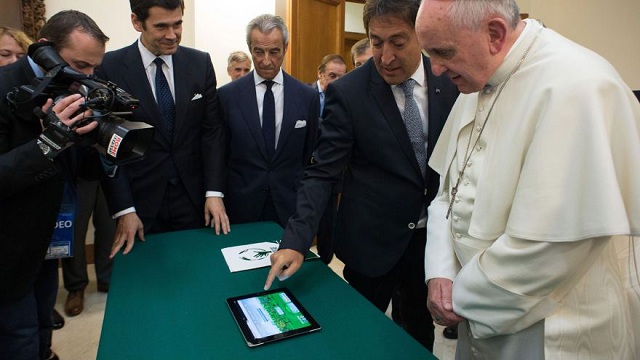 Pope Francis, as you probably know, is on Twitter (@Pontifex). But he is not going to join the world’s largest social network, Facebook, and the reason is that the Vatican is a tad too worried about abusive comments.

Recently, representatives from Facebook visited the Vatican to try and convince the folks there that the head of the world’s largest Christian church should have a profile on Facebook. But Claudio Maria Celli, the “president of the Pontifical Council for Social Communication”, said that the pope will stay away from the social media.

Former Pope Benedict joined Twitter two years ago and the account was passed on to the new pope. Currently, delegates of Pope Francis tweet on his behalf in nine languages about once everyday. But being the pope does not mean that he won’t get bad comments on Twitter. He often receives profane replies and some cardinals have showed their concern on the matter.

On Twitter, though, bad comments can be ignored easily. But things are different on Facebook, where abusive comments are more prominent. According to Celli, the Vatican is already having a tough time “cleaning up” the Facebook page for their news site News.va. They are okay with polite criticism but remove all the offensive comments. Celli said that there is no need for doing the same for a page in Francis’ name.

So, no official Facebook page for Pope Francis. What do you guys think about the Vatican’s decision?