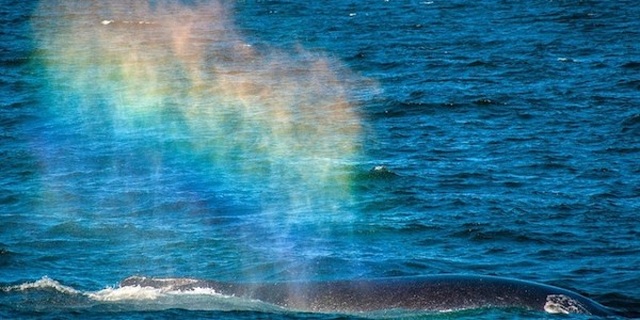 Whales are awesome. As you probably know, the whale species include the blue whale which is the largest animal known to have existed on the planet. Although whales live in the water, they breathe air. And whales can sing. So many cool things to say about whales and now we can add one more into the list – breathing rainbows.

Yes, you read that right. From the looks of things, whales can literally exhale rainbows. Just check out all the GIFs that have been doing the rounds on the Web recently.

They are real alright. And according to The Dodo, no other animal is capable of producing a rainbow by exhaling. “When whales surface to breathe, air passes in and out of their blowholes like an explosion, sending up tall clouds of vapor along with it.” Rainbows are formed when the vapor comes out.