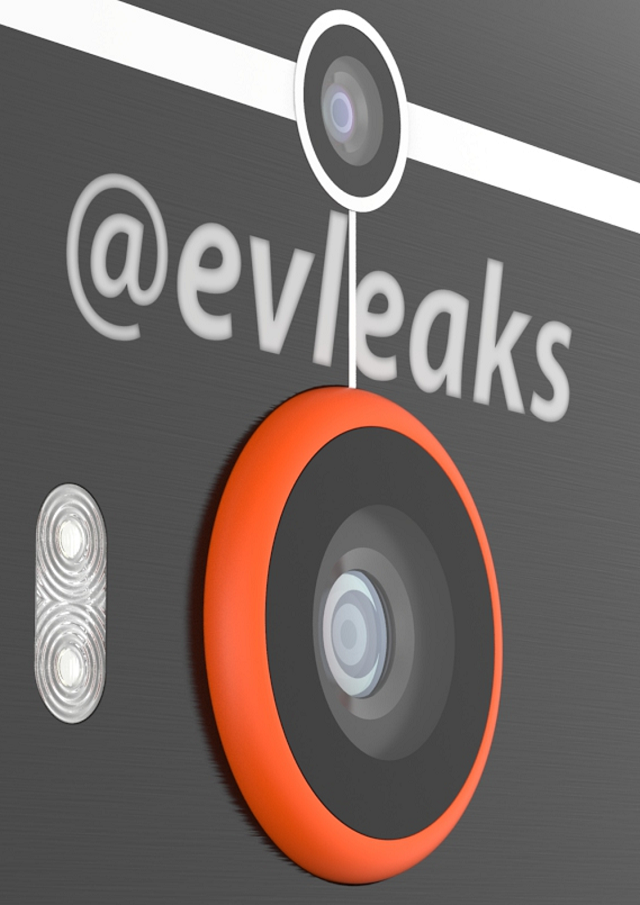 You might be waiting for the arrival of the LG G3, but before you go for that device maybe you should probably wait for Samsung to unveil their rumored Galaxy S5 “Prime” and HTC’s so-called One M8 Prime to come out.

Thanks to Evleaks, who has a record of being very accurate with leaks, we have got a chance to take an earlier look at the upcoming One M8 Prime. Take a look at the device below.

Evleaks has also leaked out specs of the upcoming HTC handset. According to him, the handset will come equipped with a 5.5 inch 2560×1440 display, a Snapdragon 805 processor, 3GB of RAM, and it features category 6 LTE. The phone, which will boast a case made out of a composite aluminum-silicon carbide material, will also be waterproof and will be the first to come with Sense 6.5.

The device is coming with pretty much the same basic hardware design as the M8. The dual camera is there but there is a “bump”, which may or may not mean better shooting capabilities (it could just be there to accommodate some components). On the front there are the dual speakers and the HTC logo, placed at the same locations as on the M8.

We haven’t heard any hints regarding when the One M8 Prime and the S5 Prime will be available and no price rumors as well. But they should be available sometime around the same time when the LG G3 arrives.

Are you interested in the HTC One M8 Prime? Or are you going for the G3? If you are currently using an HTC One M8 or an S5, are you frustrated after hearing the news about new phones from HTC and Samsung? Shout out in the comments below.