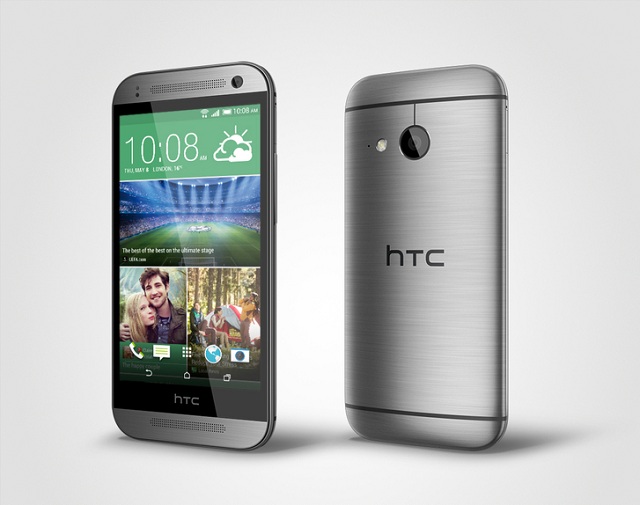 HTC’s mini version of their flagship Android smartphone, the One Mini 2, is here. The device certainly looks and feels like the more expensive One (M8), but there are differences when it comes to some features and design elements.

Similar to the One, the downsized variant features an aluminum back and runs Sense 6 on top of Android 4.4. But similar to last year’s Mini, The One Mini 2 also has a band of plastic around the sides. Compared to its bigger sibling, the One Mini 2 is missing the Duo camera, the Motion Launch unlocking gestures, and the IR blaster, things that made the flagship device more appealing.

The handset will be available across Europe, the Middle East, Africa, and Asia from June in Gunmetal Gray, Glacial Silver and Amber Gold. A US release has not yet been announced.

You might not be too impressed with the specs list of the One Mini 2, but it will become popular around the world provided it is priced right (remember the Moto G?). We believe HTC shouldn’t price it too above the 400 USD/EUR or £250-300 mark (without subsidies) if the company wants to see the device doing well on the market. But, it appears like the device has been given a price tag of €469 (value-added tax included) in the Netherlands.

Meanwhile, Phones 4u is expecting to ship the devices by June 13. The device will be available for free at £25 a month.

The device is also available on pre-order from Carphone Warehouse starting at £21 per month (with a free device).

So, are you going for the HTC One Mini 2? Share your thoughts in the comments below.