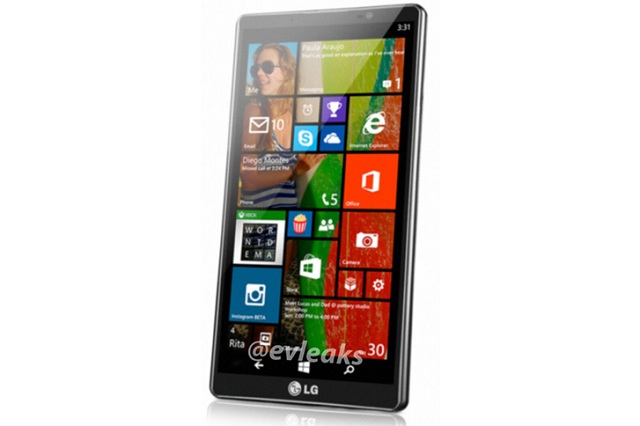 We are all waiting for LG’s flagship Android smartphone, the G3, to come out on the 27th of this month and it should be an impressive device when we think about all the details we have heard about it. But if you are someone who is wishing to see something running Windows from LG, you might be in luck. They are probably working on one.

As you might know, back in 2010, LG came out with a phone for the original Windows Phone 7. They skipped Windows Phone 8, but what you see above could be what LG might use to return to Microsoft’s mobile software. Leaked by @evleaks, who has been quite accurate when it comes to Windows Phone leaks, the “Uni8” Windows Phone 8.1 handset has barely any bezel. Of course, it could be a fake image but the device does have a button-free front. The company should release a button-free G3 and the design could become a standard for them.

Earlier this year, Microsoft confirmed that LG has plans to develop Windows Phone 8.1 phones. Other companies who will also be bringing out Windows Phone 8.1 handsets include Huawei, Lenovo, Samsung, ZTE, among others. According to @evleaks, HTC is working on a “W8” flagship handset meant to be launched on Verizon. But even if LG is working on a Windows device, we are not expecting the phone to be revealed anytime soon.