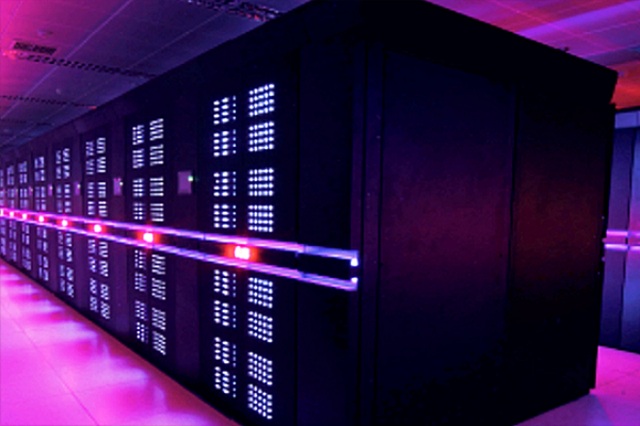 The human brain is an amazing organ. It is thousands of times more efficient than the greatest technology out there at the moment. And what helps the brain to be at the top when it comes to efficiency is the network of blood vessels which transports both heat and energy simultaneously. IBM has plans to copy this innovative strategy.

Called ‘electronic blood’, the fluid will be charged with an electrical current. The electronic blood will flow to a computer’s processor for providing energy and cooling the machine.

As you might know, all the supercomputers around today are quite huge. An example is the “petaflop” supercomputer. It is capable of doing one quadrillion operations per second but it measures about half a football field. The chips of the supercomputer have to be spaced out in its body due to the generation of huge amounts of heat.

This is where the electronic blood will be a huge help. It will allow us to stack the chips of a supercomputer three-dimensionally and shrink the computer’s size drastically.

Chris Sciacca, spokesman for IBM Research, says, “It makes much more sense to have the chips stacked. What we want to do is to make water-cooled supercomputers of the future that are the size of a sugar cube”.

And another issue is that the supercomputers use up a lot of energy. CNN Money says, “In the United States, data centers are responsible for more than 2% of the country’s electricity usage, according to researchers at Villanova University. If the global cloud computing industry were considered to be a single country, it would be the fifth-largest in the world in terms of energy consumption”.

Since so much of heat is generated by the chips, cooling equipment have to be used to cool them up. But half the energy of the machine is eaten up by these equipment. So, if the electronic blood turns out to be an efficient cooling system, we could save a lot of energy.