LG’s 2014 flagship smartphone, the LG G3, is expected to be announced on the 27th of this month. And from all the info that we have been hearing so far about the device, we are expecting the device to be quite a brilliant smartphone. That means sleepless nights for LG’s rivals.

LG confirmed earlier that the G3 will come equipped with a QHD display and now they have confirmed the screen size as well. The device will have a 5.5 inch screen. LG’s 5.5 inch QHD AH-IPS LCD panel has got certification from NEMKO and the company announced that the panel “will be unveiled with the forthcoming LG’s flagship smartphone to be launched in the first half of the year”. 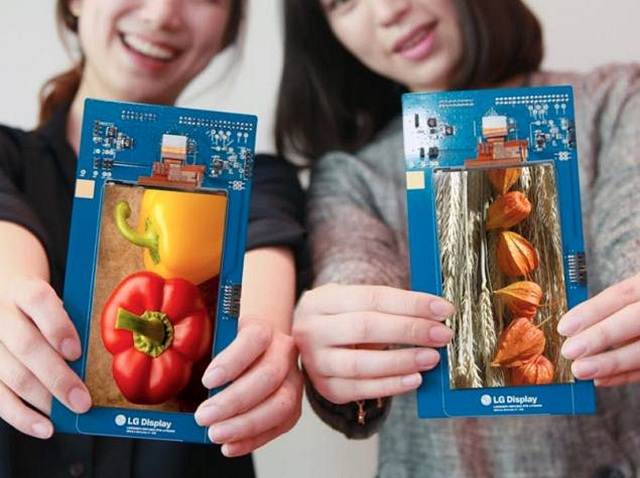 It is a brilliant panel with a resolution of 2560 x 1440 (538ppi) and having just 1.2mm of thickness and 1.15mm bezel. Via enhancements in the pixel structure and the use of LTPS backplane, you will get the same brightness levels as that of the Full HD panels. Furthermore, the panel also meets “the 100 percent RGB color reproduction standard”.

So it seems that both Samsung and HTC will have a lot of catching up to do. Both the S5 and the One (M8) only feature full HD screens. But we have heard that Samsung is all set to launch their QHD display equipped Galaxy S5 Prime as a strong rival to the G3. The 5.5 inch QHD display is also expected to come with HTC’s rumored premium version of the One (M8), the ‘M8 Prime’. That device is said to be coming with a Snapdragon 805 processor. But the LG G3 will probably be the first device from a big manufacturer to boast the Snapdragon 805 SoC, if rumors are to be believed.

The S5 Prime is thought to be coming in June and the HTC device is expected to be unveiled in September. So LG will be getting a head start here. That will surely be an advantage for the company.

It’s certainly going to be a big battle on the smartphone market; don’t forget that the iPhone 6 is also coming probably with a bigger display.

But the LG G3 will not be the first brand-name phone with a QHD display. That title my friends is going to the newly announced LG isai FL pictured below. 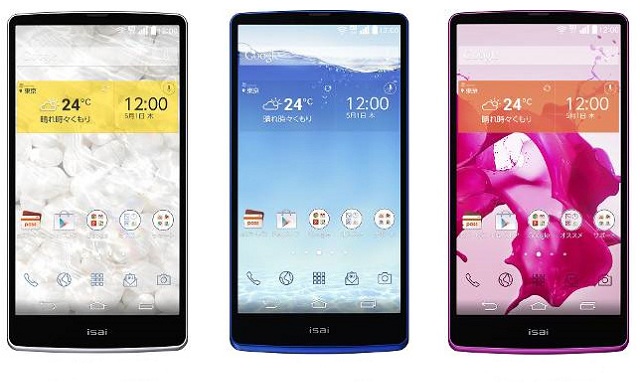 A joint effort of LG and KDDI, the device boasts a 13MP back camera, 32GB of internal storage (there’s microSD slot), and a 3000 mAh battery. And it is also waterproof and supports LTE-A speeds of up to 150Mbps. 2013’s isai was mostly based on the LG G2, so the G3 might come equipped with some of the specs you just read.

What are your thoughts about the LG G3? Will it be able to create waves on the smartphone market? Shout out in the comments below.