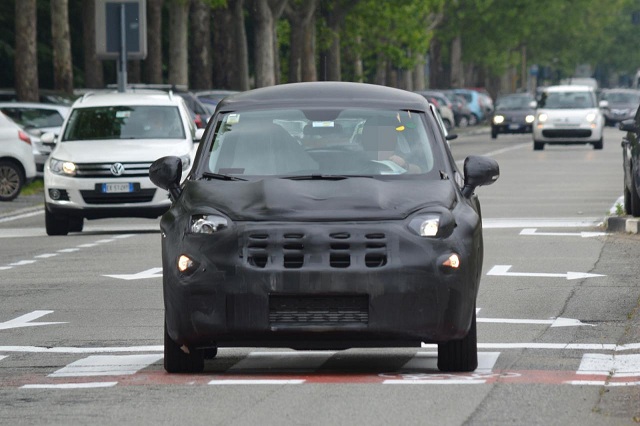 Fiat’s next offering would look more-or-less like a Jeep. Not a surprise, after the Italian manufacturer’s buyout of Chrysler, the parent company of Jeep.

We came across a spied image clicked during a test run of a prototype of Fiat’s 2015 500X, which would be launched later this year—it is likely to go on sale in Europe this fall, and in the US in early 2015.

The 500X is a five-door hatchback with slightly jacked up suspension for a visibly higher ride height. And the build is roughly based on the Jeep Renegade though not as rugged as the off-roader.

The heart of the power train of this new offering from Fiat is a matter of speculation. Going by the notion that the engine will also be derived from its cousin, the Renegade, Fiat might go with the following petrol options.

The Tigershark variant sounds too good to resist.

The diesel options could be:

Jeep SRT-8 is high-powered, not ready for off-roading