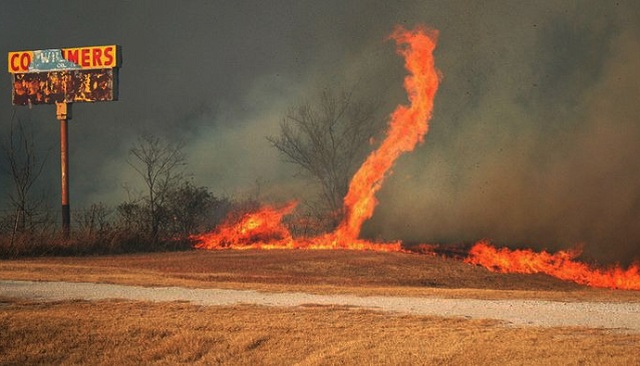 You probably have seen how destructive a tornado can be. As if that isn’t bad enough, mother nature also has fire tornadoes to throw at us.

Not as strong as traditional tornadoes, fire whirls aren’t rare and happen normally around wildfires. What’s on fire is the core of the whirlwind, which is usually 1-3 feet in diameter (cores ten times that size have also been reported). The fire core is fed with fresh oxygen by a ring of air around it.

The picture that you see below was tweeted by Shawn Reynolds from The Weather Channel. The image reportedly was clicked by a man on the road while a farmer was doing a controlled burn on the field. 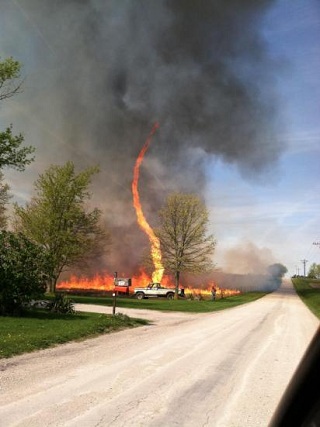 So, how destructive can fire tornadoes be, you ask? Back in 1923, an earthquake in Japan that measured 8.2 on the Richter scale resulted in a 40-foot-tall tsunami. But soon after a huge fire whirl was created, due to high speed winds, that caused the death of 44,000 people.

Besides fire whirls, there are also whirlwinds with significant amounts of water (waterspout) or dirt (dust devils). Check out the videos and share your thoughts about fire tornadoes below.