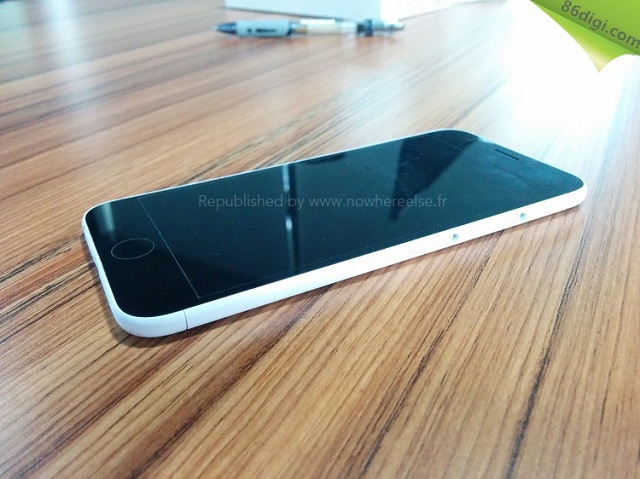 We know that most Apple fans are waiting anxiously for the iPhone 6 to arrive just as we are. For those of you who are wondering how the next gen handset from Apple will look like when it is eventually unveiled, maybe the video below is the answer.
The clip appears to be showing a physical mockup of the iPhone 6 said to be based on real machine schematics of the upcoming iDevice available via supply chain sources.The mockup has been spotted on Chinese technology blog 86Digi.
We have been hearing that the iPhone 6, which is expected to arrive in fall, will feature a bigger display. The mockup is certainly supporting that rumor as it features a 4.7-inch screen. As you will see in the clip, there is a power button which is now at the top right hand side of the handset, and also visible are rectangular volume buttons placed on the left and back facing camera with circular LED flash. It also features rounded corners.
According to the report, Apple will be going for a three-stage aluminum design for the rear of the device. We have heard that before.
In case you have missed some things in the past, the iPhone 6 is expected to come in two sizes – 4.7-inches and 5.5-inches. The former will probably ship first in Q3 2014, while the bigger version will likely be available later this year or by early 2015. The iPhone 6 is thought to be coming with a faster A8 processor, fingerprint sensor, and a better shooter with optical image stabilization or electronic image stabilization.
Source