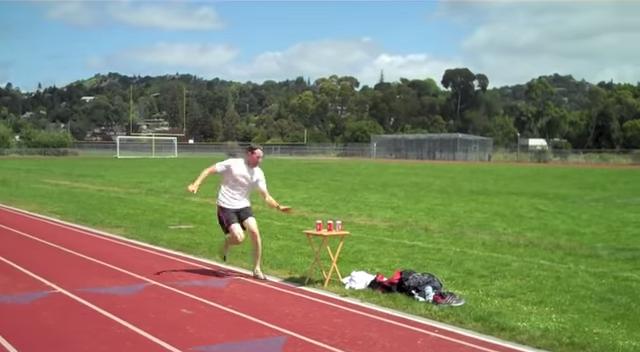 While many of us were not around when Roger Bannister broke the four-minute mile barrier, we can proudly tell our grandchildren that we saw the breaking of the five minute beer mile barrier!

Did someone say beer?

Yes, it is just a normal mile run—four laps around a standard Olympic track—but loaded with beer as the runner has to down four cans of the  bubbly stuff, one each at the start of every lap. And the new record stands at 4 minute, 57 seconds (check video below).

Cheers to that mate, let’s have another round!

What next? The Beer 100 meter sprint! Usain Bolt, you better start working on that beer drinking of yours.