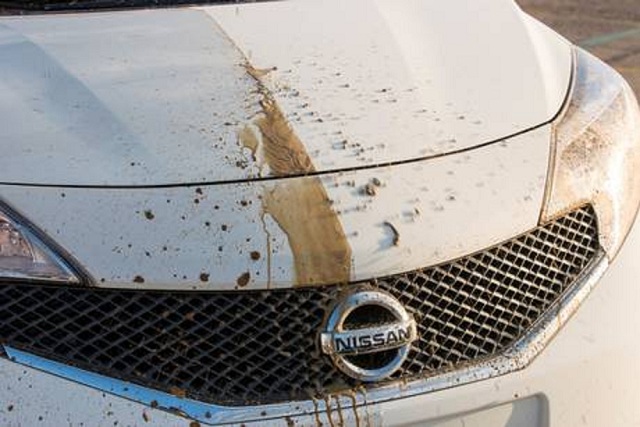 We all love to take our four-wheeled beauties out for some fresh air—weekend off-roading is fun. In fact, I am so into it that I make excuses during my office commute to take a trail or two “to avoid traffic”. But then, it comes at a price—the wash afterward is costly and it’s darn inconvenient to take ones car to the cleaners on a regular basis. But that’s all going to change, especially for Nissan owners.

The Japanese manufacturer is currently testing, in its European Technical Centre in Bedfordshire, a “self-cleaning car” which it claims could make car-washing extinct, or at least near extinct. Now how did Nissan manage that? Well, the idea is ingenious and has been there for a while. It involves a superhydrophobic treatment, patented by American company Ultra-Ever Dry, which is applied to the body. The coating ensures that water-based substances like mud and dirt roll off without sticking.

The paint, which is being tested on the recently launched Nissan Note, works by manipulating the physical characteristics of the treated surface. Superhydrophobic treatments increases the contact angle of water droplets so that it rolls away after falling (check video below).

It “responded well to rain, spray, frost, sleet and standing water,” claimed the company, which plans to include the superhydrophobic treatment as a paint option, and would burn a hole of around £450 ($760) in the customer’s pockets. Pricey eh? Maybe not… Just think of the saved carwash bills. Then again, I am not sure if Nissan would be able to protect the car body from the entire range of grime with just a fancy coating.