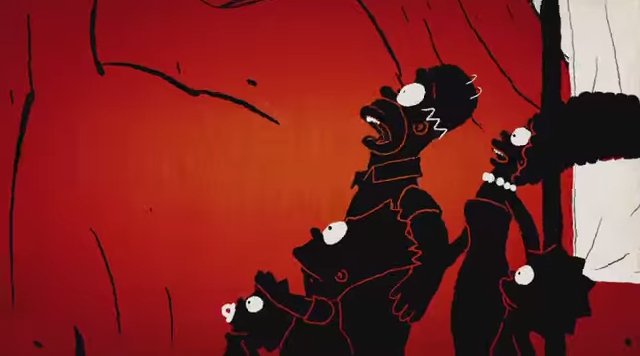 The one show I make it a point not to miss on the idiot box is The Simpsons. And Homer’s love for beer, his lazy antics and Bart’s impishness apart, the one segment I look forward to is the opening of each episode. I still can’t figure out which is the all time best Simpsons opening.

Probably the best is yet to come but their latest opening–which is a journey into the physically inactive Homer’s hyperactive gut, animated by Polish filmmaker Michal Socha, will definitely feature in my personal top-10 out-of-the-box openers.

Of late, the series masterminds have been experimenting with surprise guest animators. The creative freshness has definitely taken The Simpsons to a higher orbit and has pumped up the surprise factor.
Some may find the journey into the gut sequence a tad disturbing, but, that has always been the hallmark of The Simpsons: Disturbing but in an attractive way. From the red and black color scheme, to the effective use of 2D and CG, Socha creates a surreal journey, a tribute to “Chick”, which he made in 2008 as a student.
Source