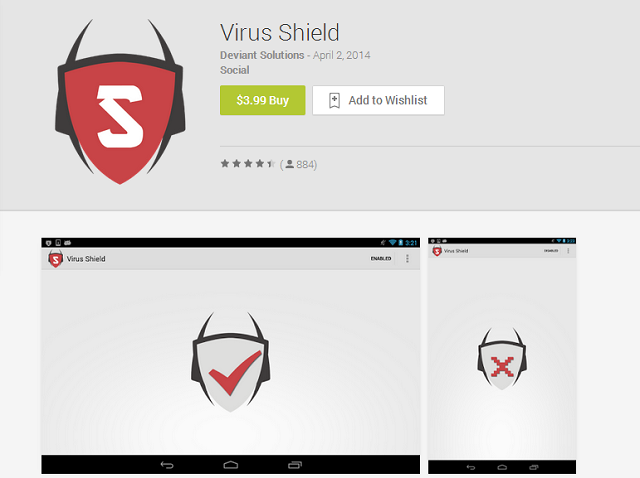 Android fans have something new to worry about—hard-to-detect fake apps on the Play Store. Google, of course, has a system in place to monitor the apps placed on sale on the Play Store. But is the system fool proof? Apparently No!

A fake antivirus app, named Virus Shield, priced at $ 3.99, made it to the top apps list on the Play Store with more than 10,000 downloads. The app, by Deviant Developers, turned out to be nothing but a scam with just a change in a graphical symbol being its only function when clicked after download. The company had claimed the app would give comprehensive protection to the user’s Android device, including data protection and scanning and stopping of infected apps.

Google, however, was quick to act, the moment it got whiff of the scam. It removed the app from the Play Store and has directed the developers to refund the users. Will the company comply? Well, Google most likely won’t be footing the bill. It has means to charge the company in case of non-compliance. Hopefully!

However, as a goodwill gesture, Google is giving $5 Play Store credits to users who downloaded the fake antivirus. Now, that’s very kind of them. After all, they failed to detect the threat and it is perhaps Google’s way of saying, “sorry guys, we f****d up.”