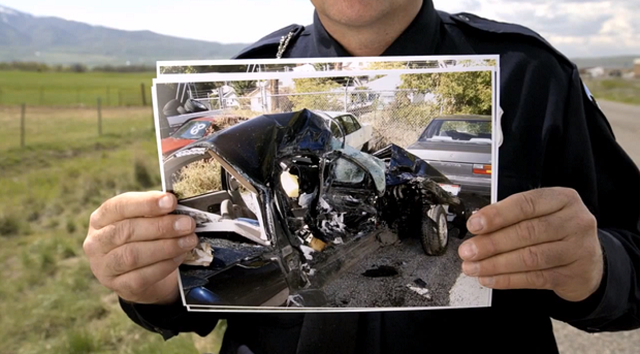 No matter how many accidents are reported on TV, people love to text while driving. It is an addiction that should be dealt with in a proper way. Of course, there are many mobile apps out there that try to prevent you from texting while on the wheel, but Apple appears to have found a better way.

An Apple patent titled “Driver handheld computing device lock-out” has been published by the US Patent and Trademark Office. It shows Apple’s ideas about how texting and other features of a phone can be blocked when you start driving a car.

One idea suggests the usage of an Apple device’s motion detector and/or a scenery analyzer. The motion detector will be able to determine if the vehicle is traveling beyond a certain speed, while the scenery analyzer would detect if the handset is being held by the driver by utilizing the device’s cam. If the phone senses trouble, it will automatically cut off texting and other functions which may distract you while you are driving.

The above idea, although it sounds complicated, could be used as it suggests using sensors built into the device. But the next idea would require automakers to get involved. This involves using technology which would allow your ignition key to send a signal to your handset once you start your car. This signal would at once block texting and other functions.

But, of course, the patent filing doesn’t mean that the tech is actually going to hit the market. And even if it’s coming, it will probably won’t be available with the upcoming iPhone 6 or the next generation iPad.